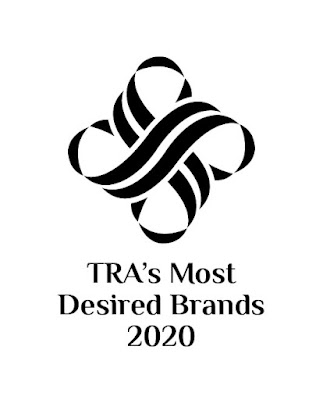 Austin-based Dell became India’s Most Desired Brand (MDB) in TRA’s 7th edition of the 2021 report, up five ranks from previous year’s sixth position beating four-time leader Samsung Mobile Phones. Mi from Xiaomi became the second Most Desired Brand in India gaining ten ranks from the 2020 report. Home-bound consumers showed a high preference for Televisions and ranked LG Televisions third 9% MDI (Most Desired Index) behind the previous ranked with a climb of twelve ranks over the previous year, closely followed by Samsung Televisions at fourth rank. Apple iPhone fell three positions to be ranked as the fifth Most Desired Brand in India in TRA’s Most Desired Brands 2021 report. The annual report is the seventh in the series and lists India top 1000 desired brands of India arrived through a research conducted among 2000 consumer-influencers from 16 Indian cities. The consumer insights and brand analytics company also publishes TRA’s Brand Trust Report, the 11th edition of which was published recently in December 2020.

N. Chandramouli, CEO, TRA Research, launched the report and said, “Dell in the Laptop Category has made significant strides in gaining pole position as India’s Most Desired Brand. Of the 1000 brands listed in the report, the top 50 lists 18 Indian brands, 9 US brands, 8 South Korean brands and 7 Chinese brands. There are 29 Categories among the top 50 showing a diverse consumer choice, however, Mobile Phones are the most Desired Category with 9 entrants, followed by Laptops and Televisions, with 4 brands each.”

Oppo made an impressive gain of 27 ranks over the previous year to occupy sixth position, followed by LG Refrigerators at seventh with a gain of 22 ranks over the 2020 report. Samsung Mobile phones fell by 7 ranks over MDB 2020 to take eighth rank in the current report. Sony Entertainment Television, the Hindi GEC, fell by 5 ranks to nineth this year despite a growing consumption of TV content and Vivo gained 13 ranks taking tenth place in the current report.

“The seventh edition of TRA’s Most Desired Brands will be remembered as tumultuous at the least. Among the top 1000, the Super-Categories which added a significant brand count are, Stationery up by 83%, Healthcare up by 42%, Manufacturing up by 40%, and Gadgetry up 21%. Super-Categories which have reduced in brand count are Apparels down by 38%, Retail down 33% and BFSI down 21%. It’s not difficult to guess why pens and pencils have become more desirable than banks during the pandemic”, Chandramouli added. TRA’s Most Desired Brands 2021 is conducted based on TRA’s proprietary Brand Desire Matrix which measures consumers’ expressions of desire on 12 Brand Behaviours of a brand. Covid-related brands feature in the Most Desired list with six Covid vaccines listed and Covaxin leading this group, and four brands in Ayurvedic Immunity Supplements with Patanjali’s Immunocharge leading the list.

About TRA’s Most Desired Brands 2021

TRA’s Most Desired Brands 2021, the seventh in the Report series, is the result of primary research based on the proprietary 12 Brand Behaviours of Desired that have been studied and identified by TRA Research. This year’s research was conducted among 2000 consumer-influencers across 16 cities and generated nearly 2.5 million data points and 3,000 unique brand mentions, out of which the top 1000 brands have been listed in this year’s Report.

TRA Research, a Comniscient Group company, is a brand strategy and actionable brand insights company, dedicated to understanding and analyzing Consumer Buying Propensity. Buying Propensity is made up of Brand Trust and Brand Desire, which are proprietary Brand Matrices of TRA. TRA continuously conducts primary syndicated research with consumers and other stakeholders to assist brands’ business decisions and give consumer insights on improving a brand’s ‘keenness-to-buy’. TRA provides Consumer Intelligence Reports mined from its 35 million data-points on brand intangibles of 10,000 brands collected over the years, and also undertakes custom-made studies for brands. TRA is the publisher of TRA’s Brand Trust Report, TRA’s Most Desired Brands and TRA’s Most Consumer-Focused Brands.

Posted by editor-manu-sharma at 4:21 PM