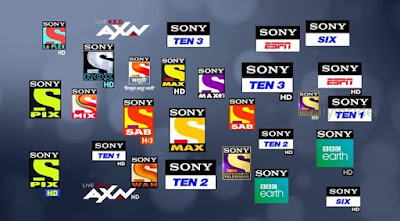 As SPN gears up to embrace its Vision 3.0, it has revamped its organisational structure, making several leadership changes. These changes are effective immediately.

Comments N.P. Singh, MD & CEO, SPN, “SPN has embarked on Vision 3.0 to create a future-ready organization based on a culture powered by corporate values and a management structure backed by an operating model that accelerates growth. All leadership changes announced today are reflective of that evolutionary intent.”

Rohit Gupta has transitioned from his role as Chief Revenue Officer – Ad Sales and International Business and taken on the responsibility of being SPN’s Advisor to the Management and the Board. Rohit’s efforts have contributed immeasurably to the organization over the last two decades, and we thank him for his tremendous contributions to the growth of our network. In this new role, Rohit will be advising senior management on industry trends, developments and work closely with the CEO on various industry issues that could positively impact the company’s strategy and growth.

Rajesh Kaul, in addition to his existing role as the Chief Revenue Officer – Distribution and Business Head – Sports, will take on charge of International Sales and will work in-collaboration with the Digital team to expand SPN’s brand presence and reach across the world. Neeraj Arora, currently heading International Sales will now be reporting directly to Rajesh Kaul.

Sandeep Mehrotra has been appointed Head - Ad Sales, Network Channels. With an illustrious career, spanning over two and a half decades, Sandeep has a proven record in driving revenues and delivering efficiencies to clients and businesses. Within SPN, he has moved multiple channels, regions and ranks and has invested his time in curating long-term client relationships with a unifocal thought of creating business solutions. In his new role, Sandeep will directly report to the CEO.

Danish Khan, Business Head – Sony Entertainment Television, Digital Business and StudioNext will take additional charge of Network Channels Licensing. This alignment will enable an end-to-end view of opportunities at play between channels and digital and thereby enable us in taking decisions, best suited for the network’s growth.

Tushar Shah, Business Head, English, Factual Entertainment & Sony AATH, takes on an additional role of the newly created position of Chief Marketing Officer (CMO) for SPN. His expanded role will include taking the corporate brand to the consumer and furthering its reach besides managing his existing channel portfolio.

Aditya Mehta, in addition to his current role of Corporate Strategy and Business Development, will spearhead the formation of Data Analytics CoE to strengthen SPN’s approach to being a data driven organization. He would also be responsible for Business Monetization which will leverage the power of data and act as a bridge between Digital & Linear revenue opportunities.

Comments Manu Wadhwa, CHRO at SPN, “The organization remodeling is a result of our constant focus to strengthen our talent and leadership capabilities and will ensure that we stay ahead of the curve in a dynamic media and entertainment industry.”

The network is recognized as an employer of choice within and outside the media industry. SPN is a recipient of several awards, including India’s Best Companies to Work For 2020 by the Great Place to Work® Institute, India, ‘Aon Best Employers India’ awards in recognition of SPN’s unique workplace culture and exceptional people practices, consistently ranking amongst India’s Top 10 Companies with Best Health & Wellness Practices by SHRM & CGP Partners and listed by Working Mother & AVTAR as one of the 100 Best Companies for Women in India.

Posted by editor-manu-sharma at 7:15 PM