Mitron TV To Enhance Creator & User Engagement; Launches Initiatives Like ‘The 7PM Show’ And ‘In-App Quizzes’ On Its Platform 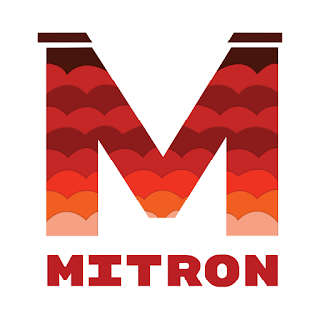 Mitron TV, India's leading short-format video app has been at the forefront with several initiatives in a bid to help its creators showcase their talent through different avenues. The homegrown short video app has now announced the launch of new initiatives for the creators who have immense potential and the viewers who are inspired by these creators every day. Mitron TV has introduced two prime initiatives which are ‘The 7 PM Show’ and ‘In-App Quiz’. While the ‘7 PM Show’ majorly focuses on giving a platform to the upcoming creators who wish to present their talent to the Indian audience whereas In-App Quizzes are developed for consumers to participate and win rewards.

‘The 7PM Show' is a live session on the Mitron TV App where any creator can interact with their fanbase. Users can interact with and learn about their favourite creators by playing interactive games like The Rapid-Fire Round, The Mehmaan Nawazi Round, The Kalakari Round, and The Public Sab Janti Hai, among others. In addition, one lucky viewer will receive a Mitron TV gift voucher. Every Friday at 7 p.m., ‘The 7 PM Show’ will be broadcast on the Mitron App.

In-App Quizzes called #JeetoCash1000 are fun and a knowledge-based quiz where app users can win Rs. 1000/- every day. Every day, three new questions will be added to the app, and participants will be notified about the quiz. These quizzes will cover a wide range of topics, including mythology, movies, general knowledge, riddles, and so on. One lucky participant who attends and correctly answers all three quizzes will receive Rs. 1000 cashback from Mitron TV.

Commenting on the new engagement program, Shivank Agarwal, Co-founder and CEO, Mitron TV, said, “At a time when people are at home, the social media universe has witnessed massive growth in the number of creators and users that have shown active contribution on many social media platforms. As a short format video platform, we strive to provide a platform that is both entertaining and informative. We believe that it is important to unwind in these difficult times, which is why we have launched interactive games that are both engaging and rewarding for the audience.”

Launched in April 2020, Mitron is a short-format video app that allows users to create, upload, view, and share one-minute videos. Founded by young entrepreneurs Shivank Agarwal and Anish Khandelwal, the ‘Made in India’ app was launched to support and showcase local talent across categories and to provide short-form entertainment to Indian smartphone users.

The app has crossed 50+ million downloads on the Android Play Store in just a few months and has 9 billion video views per month. Recently, Mitron raised USD 5 million, in a fund-raising round, led by Nexus Venture Partners, 3one4 Capital and other angel investors like Deep Kalra (MakeMyTrip), Amrish Rau (Pine Labs), Jitendra Gupta (Jupiter Money) and others.

Posted by editor-manu-sharma at 1:26 PM