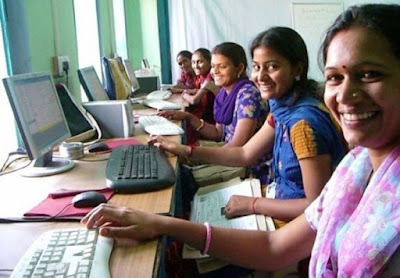 Women professionals still face absurd queries - about their marriage and family plans - at job interviews and appraisals, as compared to their male peers found a recent TimesJobs survey. While India Inc. celebrated International Women’s Day with much zest in March, the ground realities haven’t changed on many counts. TimesJobs surveyed 1,564 women professionals, aged 28-40, employed in different sectors to understand how their work-life changed in the last decade.

In the survey, most women professionals said that work-life imbalance was their biggest challenge (voted by 48% respondents), followed by the gender pay gap. Most respondents also said that while hiring most firms held a bias against mothers, preventing women from resuming work post-maternity. These findings cement the age-old rue that working women face many conscious and unconscious biases at work.

Most absurd queries for women professionals:

Many workplaces – in India and abroad - have been harping about their ‘same work, same pay’ policies for long but that hasn’t reduced the gender pay gap. The survey investigated the reasons for the gender pay gap. Most respondents said that an unconscious bias among hiring managers (executing diversity policies and programs) and no transparency around pay were the two big culprits (each voted by 34% respondents) for the existing pay gap. Gender bias was named as the third contributing factor, as voted by 32% respondents.

Women leaders preferred for different perspectives they bring to the board

The TimesJobs survey uncovered some progressive trends too. When asked if women leaders were taken as seriously as their male counterparts, most (52%) said ‘yes’. Most of these respondents cited that female leaders were preferred for the multiple perspectives they brought to the board pertaining to diversity, work flexibility etc (voted by 36%). The second most voted reason was their focus on teamwork, as voted by 29% respondents.

Women professionals made most progress in the IT/ITeS domain:

The TimesJobs survey asked the domains where women professionals made the most progress and most (35%) respondents voted for the IT/ITeS domain. This was followed by the Hospitality sector, as voted by 16% respondents. On the other hand, Automobiles (just 3% votes) and Pharmaceuticals sectors (voted by 5% respondents) were perceived as less encouraging for women employees.

Commenting on the findings of this survey, Sanjay Goyal, Business Head, TimesJobs and TechGig said, “There are a host of tech tools available that help make the hiring and appraisal process completely transparent and bias-free. We now have cutting-edge platforms that help assess a professional basis his skill prowess, and for a second opinion, anyone can view those interviews or skill tests again. With such progressive tools in place, there’s no way that organisations should let bias creep in workplaces and derail their progress”.