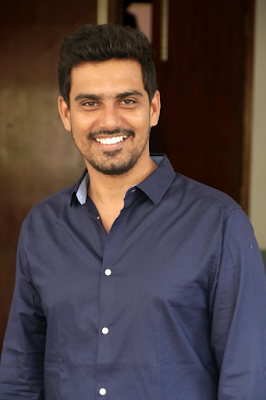 Leading independent digital music distribution and artist services company Believecontinues to make in-roads with the business of music distribution in India announced a recent sign up with Dream Warrior Pictures, a leading Indian Film Production company based in Chennai.

Dream Warrior Pictures is one of the leading media production houses in the South Indian Film fraternity. The National Award-winning production house, which produced Joker (2016) was founded by the brothers, Mr. S.R. Prakash Babu and Mr. S.R. Prabhu banking on their versatile experience in the film industry. While keeping the goal of providing promising, critically acclaimed, and meaningful content, Dream Warrior Pictures so far have produced and distributed 9 films and 1 web-series worldwide, out of which 4 films are stated to release this year.

For its part, Believe is a world leading digital music company, helping artists and labels to build their audiences and careers, at all stages of their development across all local markets around the world. It is a best-in-class technology organization, providing global distribution and digital marketing services to its partners. Believe has more than 1500 employees in 50 countries.

Believe India did a recent sign up with South Bay, a digital platform owned by actor, producer, and entrepreneur Rana Daggubati being the exclusive distribution partners, supporting upcoming music labels and taking it to global scale with a mix of best technology and well-trained music experts.

Mr. S.R. Prabhu – Founder and Partner – Dream Warrior Pictures commented, “Believe’s extensive network of distribution instantly instilled in us the excitement to not just present and distribute our audio content digitally through them, but also to take it across the international markets with ease. We are eagerly looking forward to making the most out of this collaboration.”

Commenting on the partnership, KGV Kiran Kumar – Director – Believe Distribution Services India says, “We are very excited to partner with Dream Warrior Pictures considering it is the first time we have been able to establish working relationship with film production house in Southern market. Believe will not only distribute the audio video content globally but will leverage its innovative marketing and audience growth opportunities with our digital partners worldwide.”

Believe is a world leading digital music company, helping artists and labels to build their audiences and careers, at all stages of their development. It is a best-in-class technology organization, providing global distribution and digital marketing services to its partners, with more than 1,500 professionals and offices in 50 countries. Believe owns several brands, labels and companies including Believe Distribution, TuneCore, Nuclear Blast, Naïve, All Points. Believe established in India in 2013 and counts more than 180 employees working in offices in Mumbai, New Delhi, and Chennai.

Posted by editor-manu-sharma at 9:19 AM