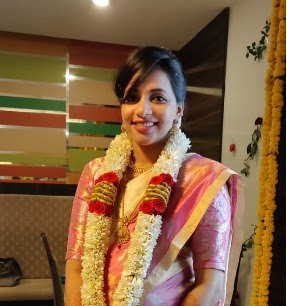 In the high-profile INR 70-crore Manipal swindling case, a trial court in Bangalore has issued a non-bailable warrant against accused number seven, a Chennai-based woman Balambal, after denying her anticipatory bail. Meanwhile, the court has also issuing a proclamation order against the brother-in-law of the main accused Sandeep Gururaj, Karthik Pandurangi, as an absconder as he is in Dubai. The prosecution had argued for proclaiming Pandurangi as an absconder.

Balambal has been accused of laundering over INR 2.54 crore of the money that had been siphoned off from Manipal’s accounts by the main accused Gururaj, the former finance head of the city-based Manipal Group. Gururaj had acted in cahoots with his wife Charusmita, and their associa te Amrita Chengappa and Amrita’s mother Meera.

The prosecution had submitted before the court that just before their arrest on December 23, Gururaj, the kingpin and accused number one and his wife who is accused number two, met Balambal and her husband Suhail in Chennai at a resort. They are well-connected in the corridors of power and had tried to avoid her arrest by exerting influence from a certain officer from Tamil Nadu on the local police, it has been reliably learnt.

Balambal, an MBA-Finance, was accused of working in connivance with other accused in managing trading in the commodities market by trading in natural gas with Gururaj and two other accused. She had traded for INR 2.54 crores in the market and had earned a profit of INR 13 lakhs from the activities.

Balambal had earlier approached the Madras High Court for anticipatory bail. An interstate anticipatory bail was then granted for a period of four weeks. The investigation had found that part of the over INR 2.54 crore was found in the account of the Kotak Securities account of the petitioner.
Posted by editor-manu-sharma at 5:24 PM