What Is Your Expectation from The IT Industry in Union Budget 2019? 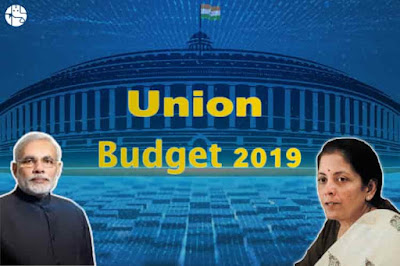 "In the Union Budget 2019, we look forward to the Indian government being startup friendly. Startups require a continuous flow of fund, operation and regular upgradations,.To meet this requirement, both the governments, central and state, must take measures/initiatives that are specifically focused towards the development of startups. The government must conduct programs, formulate policies and schemes to encourage new age startups. The government should introduce a policy framework that ensures seamless operations, efficient company registration and less of paperwork.

Another key area, where we want our government to take action is "demand-supply-cost gap". With various technological developments in the IT industry, evolved customers buying patterns, variable GST rates in goods/IT products, the government should consider reducing the current 18% GST."

While the overall intention of the Government is in the right direction, it needs to take strong steps in reducing the bureaucracy and make life simpler and easier for doing business.

Paying TDS on 7th of the next month means paying this out of your own pocket as the sales proceeds are not received by then.  This causes a huge cash flow issue to businesses - especially those in the trading business and those with very low margins.  Ideally this due date should be shifted to the end of the next month to ease out the cash flow pressures on businesses - say 26-27th of the month.  Not to mention GST payments as well.

Also would need more clarity on notifications issued earlier - especially considering the changes in business models - due to which earlier notifications are no longer relevant and have lost the very purpose for which they were issued.  A classic example is NOTIFICATION No. 21/2012 [F. No. 142/10/2012-SO(TPL)] S. O. 1323(E), DATED 13-6-2012.

Government had provided for non-deduction of withholding tax on reselling of software licenses - primarily considering the very low margins in this trade and the fact that resellers are not making any changes to the licenses purchased from the OEMs.  With the changes in technology - pure play software licenses are being replaced by a bundled package - Azure, Amazon web services, etc. (Together referred to as "Cloud Services").  However, the concept largely remains the same - Resellers are not making any changes to these bundled packages and the margins are also very low.  Would urge the Government to come out with specific notification to extend the scope of the term "Software" as defined under NOTIFICATION No. 21/2012 [F. No. 142/10/2012-SO(TPL)] S. O. 1323(E), DATED 13-6-2012.

After the success of Swachh Bharat, Cooking Gas and Electrification of villages - the next big thing is piped water to every house. I think major budget should be allocated to water problems. Chennai is going through major water problems and the global media has addressed the issue. There may also be an allocation for MSME development budget like earlier NDA government did in the past term. Skill development of micro SME is extremely important for boosting local manufacturing.

Policy reforms/expectations on behalf of Indian AV industry
Local manufacturing for displays will grow as government continues to boost incentives for exports and fulfil local demand. Samsung has already planned for a 1500 cr plant in Uttar Pradesh, which is expected to be operational by April 2020. With the likes of the rest will follow. GST could come down to 18% from 28% for projectors and larger televisions; this could possibly add more money in customers pocket to spend on bigger displays.

Beyond AV industry
The automobile industry is struggling to get back on track. Maruti Suzuki, the market leader reported drop in sales consecutively. Maruti sells volumes in the entry level segment and the sales majorly come from Tier 2 and Tier 3 cities. The reason for drop in sales could be due to less disposable income left over due to inflation and other factors. There should be a major booster for spending to put confidence in consumers mind to get the ball rolling for 9% GDP growth plus in coming years.

IT will continue to drive success of all types of business with innovations around AI, ML, social media, Cloud, IoT, Cybersecurity, Blockchain etc. Success of IT innovation will determine overall success of other industries including government's digital drive and hence IT industry, as the enabler for success of all other government and private business, should be accorded special status. Policy and framework to promote home grown IT innovations is the urgent need of the hour to promote growth and provide large scale employment opportunities. Local manufacturing needs special promotion to reduce dependence on imports of basic electronic goods such as mobile and other house hold items there by promoting employment and reducing dollar outflow for low tech mass volume goods.

Reduce Custom Duties for Advanced Networking and Security Products from 20% to 5%, Roll Out 5G in line with Global Markets

From this budget, we would require government to create policy frameworks that will incentivise investments from big players in manufacturing locally in India. Creating transparency in governance and reducing regulatory compliances should be taken into the consideration with special focus on reduction of customs duties for advanced networking and security products which is currently at 20% to 5%. We expect the import/export process to be made digital and transparent so as to have an efficient RMA system for customers. There should be clear actions, policy and reforms to promote latest technologies like AI, IoT, Zero Trust, Machine learning, 3D printing, blockchain and simultaneously ensuring training facilities for all the mentioned technologies as part of skill development. Declare IT as a special focus sector for the country and roll out 5G in line with global markets.

If we look beyond IT, we would want this year's budget to focus more on energy and water conservation with greater importance to sustainable development and pollution control. India is facing a critical water shortage and therefore we would require the government to take serious actions including penalties for wastage and incentives for water conservation. This can include water conservation strategies like reviving lost lakes, rivers ponds as well as maintaining optimal availability of water in all regions. Energy conservation can be taken one step further by mandated phasing out of fossil fuel driven vehicles and promoting electric, gas based lower pollution vehicles. Demarking areas in public places for charging can promote the use of electric vehicles in cities. Improving quality of the government medical facilities to prevent deaths of infants and less privileged people as well as significantly improving the quality of government schools and providing them quality education are few other expectations we have from this year's budget.
Posted by editor-manu-sharma at 9:22 AM