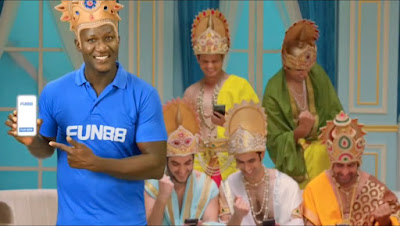 Fast growing sports platform Fun88 continues to stay invested in growing its presence in the Indian market. In a bid to attract new users and become the go-to destination for all things sport, Fun88 continues to ride high on partnerships, sponsorships, advertising and brand campaigns.

Taking a step forward and strengthening its existing partnership with Darren Sammy, India’s favorite sports platform now launches its latest brand campaign with the central messaging of ‘Battles are meant to be fought on digital playgrounds and not on ground’. Fun88 had roped in Darren Sammy as its brand ambassador in July 2021.

Spread across three brand films, Fun88’s campaign showcases Darren in three distinct avatars where he is seen breaking up fights and urging people to fight it out on Fun88’s digital playground. Contrary to his regular jersey look, Darren is seen wearing a mukut or a crown in one film, while he dons an actors’ look in another. The third film is placed in the setting of the highly popular sport of rooster fighting.

Speaking on dialing-up Fun88’s marketing initiatives, Fun88 Spokesperson said, “India is a very important market for us where consumers live cricket and sports in general. Keeping this insight in mind, our campaigns are designed to establish a direct connect with our existing and potential users. All three brand films are interesting, unique and relatable. With Darren Sammy as the face we are certain that we will further Fun88’s brand position in the region.”

Posted by editor-manu-sharma at 7:44 PM