Sprint With NVMe-oFTM And Usher Into The Zettabyte Era 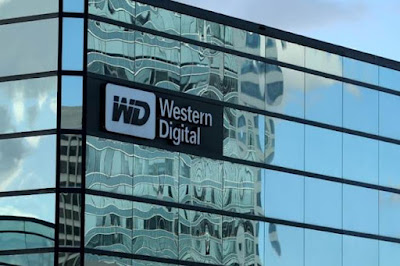 Our world has become increasingly digital and has ushered us into the zettabyte era.

Today, businesses are rethinking data strategies to deal with its perpetual growth and how to capture, preserve, access, and transform data into meaningful insights.  When it comes to data storage infrastructure, NVMeTM can have a profound impact on businesses and what they can do with data, particularly fast data for real-time analytics.

What is NVMe? NVMe (Non-Volatile Memory Express) is a storage access and transport protocol for flash and next-generation solid-state drives (SSDs), which brings many advantages compared to legacy protocols like SAS or SATA. In addition to accelerating existing applications that require high performance, it also enables new applications and capabilities for real-time workload processing in the data center and at the edge. NVMe protocol stands out in the highly demanding enterprise, cloud, and edge data ecosystems.

Here are four reasons why it is time for businesses to take advantage of NVMe.

It Allows you to Sprint

NVMe is a highly scalable storage protocol. It is a relatively new, feature-rich protocol, directly connected to a CPU via the PCI Express (PCIe®) bus, which supports tens of thousands of parallel command queues and is therefore much faster than the traditional interface protocol. For example, a PCIe Gen 4.0 link can offer a transfer speed of more than 4x that of the SATA interface. In business use cases where real-time customer interaction or real-time data extraction and processing is required, such as in banking and commerce industries where even a fraction of a second matters, NVMe SSDs are the go-to solution.

To benefit from the speed of NVMe, SSDs need to sit on the PCIe bus, close to the processors, or they need to be locally attached. The PCIe bus cannot be extended outside the server, therefore, while each server can be individually accelerated, it cannot be easily shared between hosts. However, the NVMe protocol is not limited to simply connecting flash drives; It may also be used as a networking protocol. When used in this context, a “fabric” enables any-to-any connections among elements. This is to distinguish it from a network, which may restrict the connections possible among the attached elements. NVMe-oF is enabling organizations to create a very high-performance storage network with low latencies that rival direct attached storage (DAS). As a result, flash devices can be shared, when needed, among servers.

SSD-based storage platforms, or JBOFs (just a bunch of flash), with NVMe-oF technology, extend the high performance of NVMe flash to shared storage and cost-effectively support significantly higher performance-intensive workloads. For example, Western Digital’s OpenFlex®TM Data24 NVMe-oF storage platform provides low-latency sharing of NVMe SSDs over a high-performance Ethernet fabric to deliver similar performance to locally attached NVMe SSDs. NVMe-oF allows storage to be disaggregated from compute to make that storage widely available to multiple applications and servers. By enabling applications to share a common pool of storage capacity, data can be easily shared between applications, or needed capacity can be allocated specifically to an application to respond to the application’s needs.

Composable infrastructure is a new architectural approach that uses NVMe-oF to dramatically improve compute and storage utilization, performance, and agility in the data center. With the exponential growth in data, along with the increasing diversity of workflows and demands on IT infrastructure, organizations need to increase speed, agility, and time-to-value for their customers. Emerging as a solution for this, composable disaggregated infrastructure is a new architectural approach for better resource utilization.

Posted by editor-manu-sharma at 2:18 PM