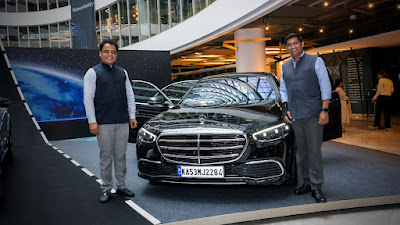 Speaking at the grand inauguration, Manu Saale, Managing Director and CEO, Mercedes-Benz Research and Development India (MBRDI) said, “We are honoured to have Dr. C N Ashwath Narayan, Minister of Higher Education, IT & BT, Govt of Karnataka with us today to inaugurate the Brigade Tech Garden and visit our premises. Bengaluru is India’s high-growth tech hub, and it is encouraging to see some of the largest tech companies establish their base in this new space”.

“Over the last two years, MBRDI has contributed significantly to some major technological advancements and has been a creative centre for fostering research and innovation for the mobility world. We look forward to accelerating the future and delivering world-class solutions globally from India, especially from the Bengaluru centres”, he added.

The minister applauded the significant contributions and major technological advancements driven from India for global product development at Mercedes-Benz Research and Development India.

Mercedes-Benz Research and Development India (MBRDI) is the largest research and development centre for Mercedes-Benz Group AG outside of Germany. Started in 1996, the Bengaluru-headquartered organisation plays a prominent role in the development of technologies like connected, autonomous, shared, and electric in the mobility world. MBRDI, known for its engineering services, has grown to a team of over 6,000 employees and is one of the earliest technology centres of a global automotive company to set up a strong presence in India.

In line with the global ambitions of the Mercedes-Benz Group, MBRDI plays a prominent role in accelerating the future of sustainable mobility. Over the last 25 years of its presence in India, MBRDI has established itself as an innovation powerhouse. The engineers at MBRDI are committed to providing an unparalleled experience and comprehensive digital capabilities, with technology at the core. MBRDI harnesses the role of IT in accelerating the future of automotive technology in terms of engineering, digitalisation, testing and simulation, and data science.

MBRDI offices in Bengaluru specialise in end-to-end capabilities in product development and IT services. The satellite office in Pune focuses on interior component designs and IT engineering