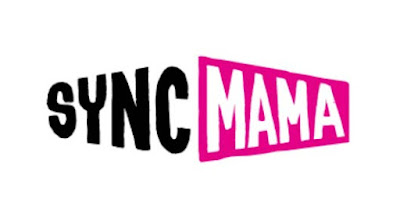 SyncMama is the world’s first-ever royalty-included music licensing platform for UGC creators with over 400,000 soundtracks, special effects, and AI text-to-voice in 17 languages, including Hindi and Indian English. The platform has the tools to make a great soundtrack: music, SFX and Voiceover.

Music is the hidden driver of the digital revolution. Be it social media content, podcasts, gaming apps, OTT platforms, edutech tutorials, or a simple Powerpoint presentation, excellent background music amplifies their impact. With Sync Mama, even the smallest or most remote content creators can use the music of composers who work with the world’s most successful films and TV shows.

The music is composed by professional, award-winning composers who work with the most significant film directors, Hollywood blockbusters, Netflix, and Disney or perform with such diverse artists as the New York Philarmonic, Pink Floyd, Mark Knopfler, Ozzy Osbourne, Moby, etc. Subscribers can generate their personalized licenses, valid worldwide and perpetually. Unlike ‘royalty-free’ platforms, SyncMama pays royalties to the composers and ensures a fair and transparent income distribution across the music industry’s value chain.

Achille Forler, the company’s founder, says, “SyncMama launched in South Asia because India has the ideal legal framework  — ‘royalty-free’ is illegal since 2012 —but the platform is designed to become global. We have attracted the biggest names in the business because we have built a new, sustainable model that is a win-win for the composers and content creators who use their music.”

Unlike companies offering royalty-free music based on buy-outs, where a composer transfers ownership of his work forever to the platform without further compensation, SyncMama is compliant with all the international standards and guidelines that govern the global copyright system. Says Forler: “Until now, the market was split between those who serve the large traditional users ad agencies, broadcasters, etc. ­— and the ‘royalty-free’ who serve the micro-users — individuals and small professionals who create their content. Composing music is a profession, and it falls to reason that you cannot attract great talent by denying them their royalty right. SyncMama is the first service to address these two markets simultaneously through a subscription model for individuals and small companies and the traditional blanket licensing model for large content creators.”

SyncMama is the brainchild of Achille Forler, a pioneer music publisher and relentless advocate for the right to royalties of creators in India. His first company, Deep Emotions Publishing, was co-funded by Bertelsmann and later sold to Universal Music Publishing. Holder of a Master’s and a Ph. D. in Sanskrit and Indian Culture, he founded the Alliance Française in Ahmedabad. He was in charge of the cinema, broadcasting, and music industries for the French Ministry of Foreign Affairs.

SyncMama features music from almost 6,000 professional musicians. The company is constantly expanding its repertoire to meet the needs of a broad spectrum of content creators while maintaining the most competitive pricing. SyncMama’s audio search engine, copyright management tools, and royalty distribution are powered by artificial intelligence and automation.

Posted by editor-manu-sharma at 6:17 PM