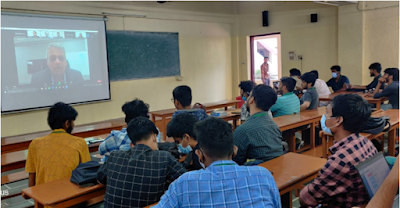 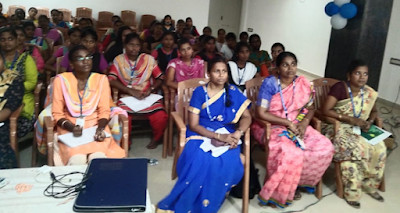 * 90% students plan to open Demat account after attending the program

* 48% of participants were girls

An audio-visual film on NSDL’s initiative on Market Ka Eklavya-Express was screened at ‘India’s Economic Journey @75’, a program by DEA and SEBI held on June 8, 2022 at New Delhi.       Smt. Nirmala Sitharaman, the Hon’ble Union Minister of Finance, who presided over the meet lauded the initiative and underscored the importance of scaling up such efforts.

Out of 130 Crore people in India, about 7% only invest in securities market. India has one of the youngest populations globally with an average age of 29 years.  As this vast resource of young citizens enters the workforce, it could create demographic dividend. ‘Market ka Eklavya’ is a program presently targeted towards the college students and aims at empowering them with financial knowledge. This is the right time to prepare them for future and train them to be prudent investor.

Ms. Anukrati Sharma, College Coordinator of University of Kota which participated in the program said “I am enriched with the basics of investment which I was unaware of. ‘Market Ka Eklavya – Express’ was an informative program and was highly beneficial for my students. It is a good initiative and we must encourage this kind of initiative for the students.

Smt. Padmaja Chunduru, MD & CEO, NSDL said about the programs “There has been an overwhelming response from the colleges and students. The fast-track version of the course ‘Market Ka Eklavya – Express’ has reached over 4000 students from different places, including many Tier 2 and Tier 3 cities across India. Happy to share that amongst these students, about 48% were girls. We are seeing a small but powerful impact it has made on the students. As many as 90% respondents are positively inclined to embark upon journey of wealth creation by opening a demat account in near future. We would continue to reach out to the youth through our tie-up with colleges for our 5 hours online program ‘Market Ka Eklavya’.

NSDL (www.nsdl.co.in) is India’s first and one of the leading Central Securities Depositories in the world. It has played a key role in transforming the Indian securities market by facilitating holding and transfer of securities in dematerialised form. The market share of NSDL in value of demat assets is more than 89%. NSDL demat accounts are located in more than 99% of pin codes in the country and 167 countries across the globe, reflecting the wide reach of NSDL.

Posted by editor-manu-sharma at 12:38 PM