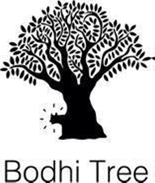 * $600 million investment by Bodhi Tree will help scale India’s biggest and most successful test-prep company; leverage digital technology to dramatically improve learning outcomes for students in India and beyond

ALLEN Career Institute (ALLEN) and Bodhi Tree Systems have announced a strategic partnership with the goal of building the world’s most admired and trusted education brand.

ALLEN is an education powerhouse with an unparalleled track record of success in the world’s most competitive college entrance examinations and Olympiads. ALLEN has a pan-India footprint with a growing presence in Middle East through 138 classroom centers in 46 cities, a team of highly dedicated and renowned faculty members, and a pedagogy that has been perfected over three decades. ALLEN’s partnership with Bodhi Tree Systems will build further on the test-prep offering and deliver at-scale positive impact for millions of students in test-prep and K12 segments, using technology as the core driver of value.

Bodhi Tree Systems is a newly formed platform between Lupa Systems Founder and CEO James Murdoch and Uday Shankar, the former president of The Walt Disney Company Asia Pacific and former Chairman of Star and Disney India. Bodhi Tree Systems will leverage its founders’ shared track record of building iconic consumer businesses to build ALLEN into a world-class digital education business of the future. Qatar Investment Authority (QIA), the sovereign wealth fund of the State of Qatar, is an investor in Bodhi Tree Systems.

“Education is a critical consumer need, driven by its deeply transformative impact on lives and livelihoods of consumers.”, Murdoch and Shankar said. “We believe that education is on the cusp of a technology led renaissance that will fundamentally alter how education is imparted and will increase its efficacy. ALLEN’s unrivaled success and scale provide the right foundation to build the digital education company of the future. We are excited to work with the Maheshwari family to build an outcomes-focused digital education company that delivers on the aspirations of millions of learners and parents in India and beyond.”

Founded by Rajesh Maheshwari in 1988, ALLEN is India’s most respected test prep brand that has created a positive transformational impact on over 2.5 million young lives since its inception. Aspirants for engineering and medical college entrance exams have gained tremendously from ALLEN’s high-quality pedagogy, resulting in an unparalleled track record of selections in prestigious exams such as IIT JEE Mains & Advanced, NEET-UG, KVPY, and the Olympiads.

Senior-most Director of ALLEN, Govind Maheshwari, said, “Our decision to enter into this strategic partnership with Bodhi Tree is founded on shared values, principles and an aligned vision of creating societal impact at scale through education globally.”

“Since its inception, ALLEN has focused on providing high quality education to students to help them achieve their highest potential and fulfil their career aspirations. In the process, we have helped create hundreds of thousands of doctors and engineers, who contribute to building India and the society of today. Our partnership with Bodhi Tree is an essential ingredient in furthering our mission to significantly increase ALLEN’s reach and impact. We are quite pleased and excited that the Bodhi Tree team also sees value in combining their expertise with our experience in Education.”, Rajesh Maheshwari said.

ALLEN’s Director Naveen Maheshwari said, “The journey of ALLEN has been one of always giving back to the society. ALLEN’s student-centric caring system has been its highlight. We believe this partnership is only going to take our pedagogy, caring-system and values to a very wide student community which was not able to associate with ALLEN otherwise due to physical constraints.”

Chairman-designate of the new Board, Brajesh Maheshwari further mentioned, “Most of the edtech products & services in the market are currently not solving for the needs of a student. With ALLEN’s time-tested pedagogy and Bodhi Tree’s track record in technology, the 2 T’s –

‘Teaching’ and ‘Technology’, will now come together to finally solve the problems of millions of students of outcome-driven learning in a tech-enabled environment.”

Keshav Maheshwari, from the second generation of the Maheshwari Family, mentioned, "Our partnership with Bodhi Tree will not only help us scale our Indian operations through technology but also fuel our growth journey in the Middle East."

The transaction is expected to close within three months and is subject to closing conditions and requisite approvals.

ALLEN is India’s premier coaching institute for the preparation of JEE (Main + Advanced), JEE (Main), Pre-Medical (NEET-UG), Pre-Nurture & Career Foundation (Class VI to X, NTSE & Olympiads). At ALLEN, the focus is on building a strong foundation of knowledge and concepts in students for their success and providing an excellent platform for preparation for competitive exams and K12 curriculum. The academic support and due personal care provided to each ALLEN student helps them meet their career goals. ALLEN’s core values of Determination, Honesty, Authenticity, Integrity, Devotion, Humanism, Holistic Learning, Social Ethics, and concern for society & environment are all closely interwoven into the fabric of its academic programs. ALLEN’s highly qualified and experienced faculties are dedicated and committed to student’s complete success and provide a nurturing environment to the students for their social, cultural, academic and all-round development. Website: www.allen.ac.in

Bodhi Tree Systems is a strategic investor in consumer technology opportunities in South and Southeast Asia and the Middle East, with a particular focus on India. The entity is a platform of James Murdoch’s Lupa Systems and Uday Shankar and was established in 2021. Bodhi Tree expects to invest in consumer technology sectors that represent significant opportunities but suffer from a lack of capital and innovation – including media, healthcare and education.

James Murdoch is an investor and philanthropist. After more than two decades of global leadership in the media and technology industries, James Murdoch founded Lupa Systems as a private holding company. James most recently served as CEO of 21st Century Fox from 2015 to 2019; previously he served as 21st Century Fox Co-COO, Chairman and CEO for Europe and Asia. Prior to his time at 21st Century Fox, James was the CEO and Chairman of Sky, and CEO of STAR TV. He is a Director of Tesla, the Dia Art Foundation, and Vice-Chair of the Center for New American Security. James and his wife, Kathryn Murdoch, are founders of Quadrivium, a foundation that invests in democracy reform, technology and society, scientific awareness, and climate and ocean health issues.

Uday Shankar recently transitioned to an entrepreneurial career following decades in corporate management. With funding from global investors, he aims to support founders to create transformational solutions. A journalist by training, Uday led and transformed the media landscape in India. He took over as CEO of Star India in 2007 and transformed the company’s broadcast operations and made Star India one of the biggest media and entertainment companies in Asia. He subsequently led 21st Century Fox’s operations throughout Asia. Uday was appointed President of The Walt Disney Asia Pacific when The Walt Disney Company acquired 21st Century Fox. Under his leadership, Star launched Hotstar, now Disney+ Hotstar – one of the most successful streaming services globally. Uday currently serves as the Immediate Past President of Federation of Indian Chamber of Commerce & Industry (FICCI), India’s premier industry association.

Lupa Systems is a private holding company founded in 2019 by James Murdoch, the former CEO of 21st Century Fox, Sky plc, and STAR. The company has presence in New York and Mumbai. Collectively, the Lupa team has extensive experience building and scaling businesses across the globe in multiple industries. Lupa focuses on companies within the technology and media industries, impact-driven companies focused on environmental sustainability, and emerging markets, particularly within the Indo-Pacific region. Website: www.lupasystems.com