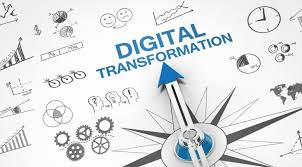 * Female Active Internet Users grow by a whopping 61% since 2019

Nielsen, the global leader in audience measurement, data and analytics released its Bharat 2.0 Internet study. The study provides a detailed overview of the penetration of internet usage amongst all active internet users across India along with the trends in browsing on the internet.

The study reveals that India has 646 million active Internet users aged 2 years and above as on December 2021. Rural India registered a presence of 352 million internet users, which is almost 20% higher than urban. The study also revealed that almost 60% of the rural population is still not actively using the internet, paving headroom for further growth. Urban India on the other hand has registered a 59% penetration growth with 294 million active internet users.

How are we trending? A look at these numbers for users, 12 years and above

* 1 in every 3 female internet users in rural are actively using the internet.

* Almost 90% access the internet on a daily basis. 50 years and above users too are active and are not left behind with 81% accessing it daily.

* Mobile phones have remained the key device for all internet usage across sectors.

“Availability of budget smartphones and affordable mobile data along with the Indian government’s efforts to strengthen the existing digital infrastructure through compelling initiatives such as Digital India and powered by one of the cheapest data prices in the world enabled by the Telecom companies, have led to enhanced and faster levels of internet adoption across the country”, said Dolly Jha, Managing Director, Nielsen India. “Nielsen’s Bharat 2.0 Study showcases a strong upsurge in the number of female active internet users across rural India, this coupled with rural India’s willingness to adopt technology at a faster pace”.

Other Trending Activities on the internet (for 12+ years):

Online Shopping: Despite 56% of active internet users belonging to rural India, online shopping remains to be heavily dominated by its urban counterpart. 47% of the online shoppers are from NCCS A.

Online Banking and Digital Payments: Users of Online Banking and Digital Payments have been identified as urban, affluent users (from NCCS A) with 2/3rd of the users belonging to the age bracket of 20 to 39 years. While the usage is higher in urban areas, 46% of its users are from rural India. This activity is more common among males as the male to female divide is 69:31.

Methodology: Bharat 2.0 Study is designed to establish the Internet penetration and user profile for the country. The methodology is composed of face to face systematic stratified random survey across all states and town/villages. This was carried out from September 2021 to December 2021 covering ~110,000 household members across ~27,900 households

Nielsen shapes the world’s media and content as a global leader in audience measurement, data and analytics. Through our understanding of people and their behaviours across all channels and platforms, we empower our clients with independent and actionable intelligence so they can connect and engage with their audiences—now and into the future.

An S&P 500 company, Nielsen (NYSE: NLSN) operates around the world in more than 55 countries. Learn more at www.nielsen.com or www.nielsen.com/investors and connect with us on social media.

Posted by editor-manu-sharma at 6:13 PM