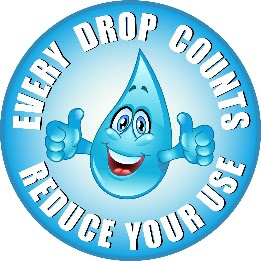 Vice Chancellor of MAHE, Lt. Gen (Dr) M D Venkatesh addressed the students in the beginning of the function. He complimented all parents to have chosen WGSHA and MAHE both as top ranked institutions in the world with MAHE being Institution of Eminence, and with NIRF ranking of 8 and QS World University ranking in the band of 751-800. He said WGSHA is making the university proud by its rankings, achievements, recognitions, outcomes, quality of students and achievements of its alumni all over the world.

Those joining the university will get benefits in innovative teaching learning methods, high quality infrastructure, accomplished faculty, multi-cultural atmosphere and excellent opportunity for experiential learning, he said. He assured to parents that MAHE provides world class student experience for the holistic development and their well-being. MAHE has student centric policies and maintains a healthy learning environment in the campus, and with Hotels Division of ITC Ltd. partnered with the college, the students will certainly get the best knowledge and skills, he said. Dr Venkatesh appreciated the presence of industry stalwarts and eminent personalities to have joined for this occasion to speak to the students and parents.

The Chief Guest of the function was Mr. Dipak Haksar, Former Chief Executive, ITC Hotels & WelcomHotels. He welcomed the newly admitted students and mentioned that they were now part of a great institution which through the last 4 decades has endeavoured to uphold the spirit of India, exemplified in ‘Atithi Devo Bhavo’. This institution has strived for excellence, produced exemplary leaders and he saw a great future of this institution. He also mentioned that the partnership of DR TMA Foundation with the Hotels Division of ITC Ltd. in 1987 was a landmark decision which paved way for quality education bringing in contemporary education from the industry to the students. The spirit and DNA of ITC runs through WGSHA, he said. ITC’s ethos and values include the one unifying symbol of ‘Namaste’ and ITC’s service standards provide gracious welcome to heartfelt farewell to guests. The ethos of ‘Responsible Luxury’ is the biggest differentiator of ITC’s hotel brands among other hospitality players, he mentioned.

When Chef Vikas Khanna, Michelin-Starred Celebrity Chef and WGSHA’s Distinguished Alumnus, joined in as the Guest of Honour, the students were all excited to see him on screen, talking to them directly remembering his college days in WGSHA. He said he never misses this moment to welcome the new batch of students for their new journey, as this college is his first temple of cooking. He also said that he never misses mentioning WGSHA anywhere in the world. He stressed that new foundation was being laid for their journey from their ‘Janambhumi’ to ‘Karambhumi’. Chefs are the ambassadors of the country and introduces India’s culture to the world through food. He cautioned students not to become clones, but to become their own individual self with their creativity. He asked the students to absorb as much as they can now, to face the tough industry later. Money can’t define happiness and only when they would break a mould, they would open doors for many people.

Other Speakers of the session delivered their talks after that, with an ‘Expert Session’ by Mr. Umapathy Amirtham, Hotel Manager, The Leela Palace Jaipur, on Housekeeping, who advised students to understand the basics thoroughly to gradually grow in the industry. Mr. Rakesh Parameshwaran, WGSHA Alumnus, 13th Course, General Manager, The Residency Towers, Chennai in his ‘Alumni Inspiration’ talk, told the students that they have taken the right step in the right direction to the right place, to be with the right people to develop themselves. He remembered his college days and said the college will mould them to come out awesomely well.

Mr. Amit Rana, General Manager, Crowne Plaza New Delhi, while speaking to the students on Front Office, asked them to find the flame in them and their passion to take them to their own paths. Technology too helps in several aspects of guest services, he mentioned. Mr. Sumit Kumar, General Manager, Hyatt Pune on Food & Beverage Service described several qualities through every alphabet and encouraged them to remain positive always. Chef Rajesh Gopalakrishnan, General Manager, Radisson Hotel Group, on Food Production Department, mentioned that industry is offering several newer options today and new paths can be made in those areas and he suggested the students to look for their own paths, own flame and assured the students that the industry has enough scope for all of them.

In the post lunch session, Principal Chef K. Thirugnanasambantham presented the college and university facilities, describing the four pillars of MAHE, college rankings and accreditations, its pedagogy and student engagements, clubs and student run activities, capacity building & training, scholarships, awards, student achievements & placement opportunities, research, consultancy and International partnerships. He also delved in the history of the college and spoke about notable alumni of the college and the global alumni network of WGSHA. The students and parents were given good scope of clarifying their doubts and queries, which Principal patiently answered. The session was well appreciated by the parents and students.