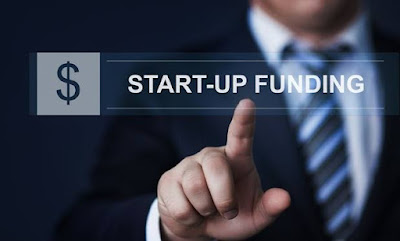 The Chennai Angels (TCA) and Native Angels Network signed an agreement yesterday to co invest in start- ups across Tamil Nadu. Both angel networks will coordinate and plan common pitch sessions on a case-to-case basis. They intend to not only fund but also mutually support start-ups for select activities. The intention is to ensure that Tamil Nadu based start-ups get a wider reach to a larger number of investors that are relevant to their industries.

Mr K Chandran, CEO, The Chennai Angels said, “The coming together of two of the largest leading angel networks in Tamil Nadu is certainly a landmark initiative. This will benefit promising start-ups across the State gain access to a huge pool of elite mentors and capital for scaling up their early stages of growth. We look forward to a fruitful and rewarding partnership with the Native Angels Network.”

Mr R Sivarajah, Founder & CEO, Native Angels Network said, “We are mainly concentrating in investing in early-stage start-ups emerging from small towns of Tamil Nadu. The association with The Chennai Angels will enable us to explore newer horizons in investing. This partnership will strengthen the investment ecosystem in Tamil Nadu.”

Besides providing capital, TCA members act as mentors for those venturing into the business world. TCA has among itsmembers several Venture Capitalists who are available to partner with TCA on more significant outlays. TCA investors can handhold the entrepreneur through the fundraising life cycle and open doors to customers and partners of a very high order. As of today, TCA has invested over INR 130 Cr across 60+ Startups. The Chennai Angels is sector and location agnostic in its investments.

Native Angels Network Association commonly referred to as “Native Angels” or NAN is India’s first Angels driven ecosystem building organization for the small towns. The parent body Nativelead Foundation was founded in the year 2012 as a trust and its investments focused arm Native angels was incorporated in the year 2015.

Native Angels is a community driven model and currently having 6 local chapters (Madurai, Coimbatore, Erode, Karur, Trichy and Tuticorin) and three Native Connect chapters (Chennai, Washington DC and Tokyo). Native Angel’s core objectiveis to nurture and invest in Startups emerging from the small towns of Tamil Nadu. They also co-invest with other like-minded agencies across the country.

They prefer to invest in startups working in the domains of Agri -Tech, Retail, Healthcare, Edu-tech, Clean- tech venture with social impact and ESG compliance.

Posted by editor-manu-sharma at 2:33 PM