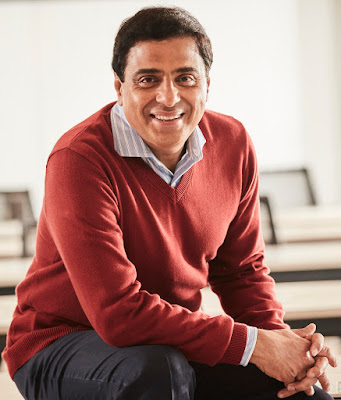 Riding strong on its non-linear growth strategy, South Asia’s largest higher edtech, upGrad has earmarked USD 250 Million for M&As over the next 7-9 months. Recent reports claim that upGrad would cross Half-a-Billion USD Annual Revenue run rate by March'22 and is looking to raise close to USD 400 Million at a valuation close to USD 4 Billion.

Despite being the youngest in joining the Edtech bandwagon, upGrad has built out a strong tech platform and deep immersive learning experience with high touchpoints to capture close to 70% of the Indian Higher Education market for working professionals. This stealth approach of operating under the radar, coupled with the rare combination of founder-funded for the full first leg, has helped upGrad focus on their core vision.

This year upGrad went out for their maiden fund raise with Temasek and IFC and closed a cumulative USD 160 Million raise, and at a valuation just south of being a unicorn. It is uncommon in EdTech for the founder group to still own close to 78% of the company leaving a lot of room for growth, capital raise, and also to use stock as a strong M&A currency.

Highlighting upGrad’s non-linear growth strategy, Ronnie Screwvala, Co-founder, and Chairman, upGrad commented, “We continue to build a very strong, integrated, connected model in Higher Education across multiple geographies. Personally, I am a strong believer that the whole is always bigger and more valuable than the sum of the parts.  Outside of cash, we see a very strong value currency in our stock to look to merge/acquire companies with exceptional founders who will join us as fellow entrepreneurs to build this out over the next decade.”

Screwvala added that upGrad has identified specific segments as well as target companies, two of which will be announced over the next 60 days, which include:

(a)    Platform and high touch digital learning experience that will add to what upGrad pioneered in the last 6 years.

(c)     First mover advantage and scale players in emerging markets with huge potential in countries including Africa, Indonesia, and Vietnam.

(d)    Till date, upGrad’s focus has been on high ARPU (Average Revenue Per User), Deep Learning. However, now with the entire world and its 1 Billion Knowledge workers, as well as another 250 Million Higher Ed enrollees, as a global edtech major, upGrad will also look at the high traffic, low ARPU players to kickstart its large product offering in short formats and soft skills market - leading to a subscription platform.

(e)    Marketplace for pathway and emerging models for international learners.

(f)  OPM (Online Program Management) play – While Screwvala claims that upGrad is not a great fan of this model, but they see helping fast track upGrad’s partnership with universities at scale and around the world.

(g)   Strategic long-term tie-ups with universities to partner for LifeLongLearning.

(h)  Human intervention will continue to be high in online education and so, will see a massive play in the Coaches and Mentors ecosystem, and few interesting developments emerging here.

“With these, we are adding the right pieces at scale for upGrad’s strong growth,” Screwvala concludes on his long but seemingly focused approach for upGrad’s massive growth.