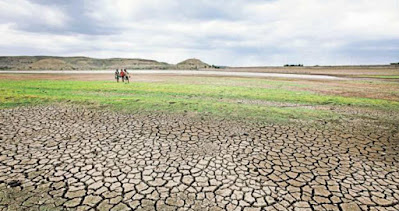 * Reuse of wastewater is imperative for the sustainability of industries in the region, especially water-intensive sectors such as textiles

Karnataka, a frontrunner in the garment industry in the country, has emerged as a hub for the textile industry with several spinning mills, weaving and finishing units. With favorable state textile policies and integrated apparel parks, the garment industry in the state is flourishing. The capital city of Bengaluru has the presence of global apparel brands along with several large-scale factories that employs lakhs of workers. The concern however, with its groundwater resources running low, and Cauvery River giving limited yields of freshwater annually, is the impending water crisis, which needs immediate course correction. Vrishabhavathi river, a tributary of the Arkavathy river, once a freshwater source for residents of Bengaluru and nearby villages, has become a release point for toxic effluents from several mills and industries in its proximity. Research conducted by Ashoka Trust suggests that Peenya Industrial area that has several textile units and electroplating units, discharge 50% of metals in the river[1].

To promote wastewater reuse and water stewardship practices to address water contamination and water crisis in the state, Centre for Responsible Business (CRB) and The ReFashion Hub has come up with a set of policy recommendations. This is a part of a nationwide campaign launched in collaboration by CRB and ReFashion Hub along with Alliance for Water Stewardship & YWater to raise awareness on wastewater reuse in the textile industry.

Ms. Devyani Hari, Director – Programmes, CRB, said, “Over 20% of the municipal water supply is wasted, while a lot more usage is unaccounted for or unbilled. Most individual houses in the city are equipped with borewells; even these are mostly non-functional as the water table has gone down below 80 feet. Industries and households are both forced to often rely on tankers for water supply. Cauvery water, which is pumped from about 100 kilometres away, costs about USD 6 million in electricity bills per year. With Bengaluru’s population on the way to reach 20 million by 2031, the pressure on existing resources will only increase. In such a scenario, reuse of wastewater is imperative for the sustainability of industries in the region, especially water-intensive ones like textiles.”

AS per the recommendations, incentivizing water-saving technology is a much-needed intervention. The New Textile and Garment Policy 2019-2024 already provides infrastructure incentives; it should also offer subsidies and incentives for water-efficient technologies. Government can also provide financial and tax subsidies to encourage industries to invest in technologies like waterless dyeing, colour separation, etc. Similarly, the IPDS Scheme (Integrated Processing Development Scheme, 2017), notified by the Ministry of Textiles, can provide financial assistance to set up Zero Liquid Discharge (ZLD) in textile units/parks. The scheme offers infrastructure aid by inculcating 25% of the project cost. With financial assistance to set up ZLD, industrial parks, especially textile clusters, can be equipped with ZLD and captive power plants (thermal or preferably solar), which will help in power supply and steam generation.

At the regional level, Bengaluru Municipal Corporation can set up small-scale Sewage Treatment Plants (STPs) which can cater to designated areas in the city. STPs will help in recycling sewage water for various industrial and non-industrial purposes. Surat is a leading example of such a collaboration between industry and municipality. Different departments such as Urban Development Department, Bangalore Water Supply and Sewerage Board, Karnataka State Pollution Control Board (KSPCB), can collaborate to implement STPs.

KSPCB had already notified STP norms in 2016, which mandated all apartment complexes to treat their sewage water. However, instead of individually investing in STPs, a zone-wise STP model will be more viable, operating like a PPP model, where apartment complexes or homeowners can partially fund the setups. Bengaluru receives sufficient rainfall annually. If the city’s resources are tapped strategically, it can help alleviate the water table and ease the pressure on households and industries which rely on water tankers.

Comprehensive data on water consumption by industry is lacking. Regular surveys and audits must be undertaken to help understand the scope of utilization of treated sewage water and to implement other water sustainability measures. Such data can help both the industry and policymakers to identify water-intensive operations and make recommendations accordingly. A similar exercise has been undertaken by Gujarat Cleaner Production Centre (GCPC), to understand water usage and scope for improvement, especially in the textile clusters in Gujarat.

About The Refashion Hub:

The ReFashion Hub is a collective working to bring together multiple stakeholders invested in wastewater reuse and management in the textile industry with long term positive climate impact. The stakeholders include fashion businesses, textile bodies, industry leaders, young designers, artisans and consumers. The Fashion Hub will collectivise and engage stakeholders in 4 states - Maharashtra, Gujarat, Punjab and Karnataka to raise awareness and drive conversations about water usage and wastewater generated by the fashion industry, call for commitment from textile bodies and fashion businesses to reduce the fashion water footprint and for treatment of textile wastewater and engage with government departments on reuse or management of textile wastewater.

About Centre for Responsible Business:

Centre for Responsible Business (CRB) was established in 2011 as a think-tank to pursue its vision: ‘businesses integrate sustainability into their core business practices’. Given that sustainability is a multi-dimensional problem especially in the context of India and other emerging economies, CRB has adopted a model of engaging multiple stakeholders to develop action plans for promoting sustainable/responsible business, across various sectors in India.

Posted by editor-manu-sharma at 5:33 PM