The Emmy-Award Winning Family – The Casagrandes – Makes Its Indian Debut! 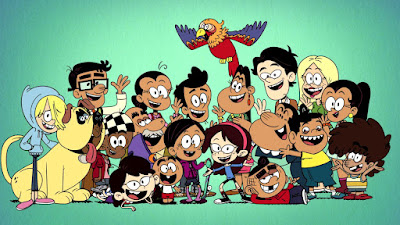 If you are a fan of family dramas, this is for you! The Emmy-award winning family show - The Casagrandes - has made its Indian debut and will air every day at 6 PM only on Nick HD+.

A spinoff of Nickelodeon’s top-rated animated series The Loud House, tells the story of Ronnie Anne, an independent, 11-year-old who explores city life with her big, loving, Mexican American family. In the series, Ronnie Anne will make new friends, build stronger bonds with her relatives, and explore the endless possibilities the city life has to offer.

The Casagrandes has a stellar voice cast spearheaded by Izabella Alvarez, Carlos PenaVega, Sonia Manzano, Carlos Alazraqui, amongst others. Internationally, The Casagrandes has met with solid acclaim, including an Emmy win for Outstanding Main Title for an Animated Program.

Watch what the family fun of this multigenerational Mexican family everyday at 6 PM only on Nick HD+!

Posted by editor-manu-sharma at 1:15 PM