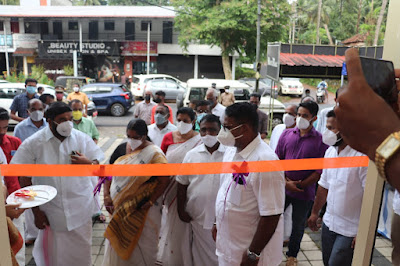 The growth of Komaki in the last quarter has shown a steep upward trajectory. Their yearly growth shows impressive numbers with unit sales jumping four times since the last fiscal year! The adoption of electric vehicles has shown an uptick with the increased consciousness among the people about environmental conservation. As the sales grew, so did the size of the Komaki footprint. After rapid expansion in the last quarter in New Delhi, Kerala, Tamil Nadu, Karnataka, Kashmir, Andhra Pradesh and Rajasthan. Komaki has now set foot in Madhya Pradesh as well.

At a time when fuel prices are at an all-time high with the upsurge continuing without any respite for the consumers, Komaki has continued to make strides with steady growth in EV sales. The opening of their 300th dealership in Vidisha city of MP stands testimony to this fact. The previously opened dealership in the national capital was also warmly welcomed with EV sales touching triple digits within a few days of its inauguration.

The newest showroom in MP sprawls lavishly over an area of 2,500 sq. feet and showcases all the futuristic models, consistent with the Komaki name. Consistent with their track record, the new dealership has already witnessed a booking of 250 electric vehicles which is indicative of the migration towards eco-friendly modes of travel. The robust demand has taken the sales tally of Komaki EVs to 21,000 units within the first half of 2021.

The Komaki Electric Vehicle Division has left no stone unturned in offering advanced features on all its models at affordable prices. Smart features seen for the first time on electric two-wheelers continue to attract consumers to its dealerships. Adding another feather to its cap, Komaki opened yet another dealership outlet in God’s own country at Kottayam. It was well received by the people with 70 units booked on the first day itself.

“The people of India are becoming increasingly cognizant of the environmental impact caused by traditional IC engine-powered vehicles. As we strive to deliver the best quality at the best possible cost, the response to our efforts by the people of India is heart-warming. It gives us more reasons to continue making eco-friendly travel accessible and cost-competitive for the masses in alignment with our vision of making India greener and cleaner.”, says Ms. Gunjan Malhotra, Director, Komaki Electric Vehicle Division.