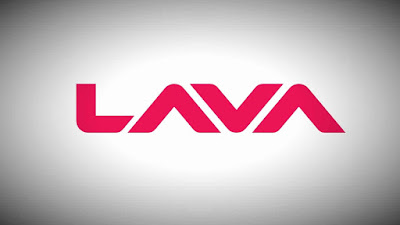 Lava International Ltd, a leading Indian mobile handset company today announced the Android 11 update for its Z2, Z4, Z6, and MyZ triple-camera variants. The update will be first rolled out for Z4, Z6, and MyZ models from 25th July onwards, while Z2 users will receive the update in the subsequent months. Lava Z2, Z4, Z6, and My Z were launched together in January this year with stock Android 10 OS.

The new software update will be released as an OTA to the users who will receive a notification, once it reaches them. The users will have a choice to either download it immediately or do it later by simply going to their phone settings. The Android 11 update will enable Lava users to experience exciting and improved features like screen recording, chat bubbles, dark mode scheduling, and digital well-being. In addition to this, the new android will provide improved user privacy, a better media controller, and an easy conversation & notification manager.

The software for Android R has been developed by Indian engineers and strong Indian R&D has powered Lava to provide consumers with consistent Android upgrades. The brand will continue to provide such updates in future as it is ramping up its investments in R&D.

There are now three notification categories: Conversations, Alerting, and Silent.

a. The Conversations section, houses all your conversations meaning any app where you are directly communicating with someone else, including text messages and chats within other apps.

This gives you an easy access to recording anything being done on the screen and its built right into Android 11 so you don’t need an extra app. Record with sound from your mic, your device or both.

With Android 11, the media player has been moved to the Quick Settings section for easy access. When you swipe down your notification drawer, the media controller will be pretty small. It will show you the app it’s related to, cover art, basic controls, and on which system the media is playing. If you pull down again on the drawer, the alert expands.

This will give users more control over their privacy. In android 10, it asks a user permission only when they first install an app. But in Android 11’s case, you can give one-time permissions to apps that need your mic, camera or location. The next time that the app needs access, it must ask for permission again. The permission gets revoked as soon as that app is closed. So the user’s data is always safe.

Chat while multitasking. With this new feature, you can pin conversations in form chat bubbles so that they always appear on top of other apps and screen so that you can access the chat anytime or anywhere.

a. Smart reply: The phone devices replies to be sent for a text on the basis of your usage

b. Smart folders: This is for a user to organize their apps in folders like Work, Fitness, Food, Games etc

This feature is to restore any swiped notifications that might have been swiped by mistake. You can check those notifications received in the last 24 hours.

After the simplistic Dark mode in Android 10, this time android gives an option to schedule it as per your requirement. Users can schedule the dark theme using one of two different metrics:

a.      Users can schedule a dark theme to turn on or off when the sun sets or rises.

b.      Users can also set up a custom schedule for dark mode activation if you wish.

a.      Bedtime mode: Bedtime mode quiets your phone when it’s time to go to sleep. Schedule it to run automatically or while your phone charges as you rest. Your screen switches to Greyscale and your notifications go silent with Do Not Disturb.

b.      Clock: The new bedtime feature in Clock helps you set a healthy sleep schedule. Track screen time at night and fall asleep to calming sounds. Then wake up to your favorite song. Or use the Sunrise Alarm that slowly brightens your screen to start the day.

We Make in India, We Make for India

Lava International Limited is a leading Indian Mobile Handset Company with operations in 20+ countries. In the international markets the company is growing rapidly and is already among the top players in many of these countries it operates in.

Lava has always been at the forefront of Govt. of India’s ‘Make in India’ initiative. Lava was the first mobile brand to take a lead in support of this important nation building program and had set up a design team in India, becoming the first brand to design phones in the country. With this ‘Design in India’ initiative, Lava is now the only Mobile handset company that makes truly ‘Made In India’ phones with complete control on design and manufacturing within the country.

With the vision to “Empower people to do more, to be more” the company was established in 2009. Lava International Limited is headquartered in Noida, Uttar Pradesh. The company has its manufacturing facilities and a repair factory in an approximately 300,000 square feet area in Noida. The manufacturing plants have a capacity of manufacturing 40 million phones per annum.

Posted by editor-manu-sharma at 6:14 PM