Globally Acclaimed Series, The Pact Is Streaming On Lionsgate Play 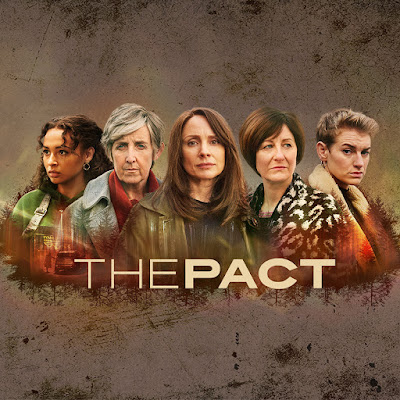 Global content leader Lionsgate Play is streaming one of the most talked about series, “The Pact” this month. Known for its curated content from all across the world, Lionsgate Play showcases bold, edgy and gripping content. With a plethora of options available on different platforms, it’s a boon to have access to a platform that has bespoke content resonating with their core positioning, Play more Browse less.

The 6-episode series narrates a story about four friends who are bound together by a fragile pact of silence post they corroborate a murder. Directed by Rebecca Johnson, Eric Styles and written by Pete Mc Tighe, the series is a masterpiece with the finest casting that will keep one on the edge the entire season. Download Lionsgate Play on Google Play Store, Apple app store and Amazon Firestick and get access to thousands of titles including acclaimed shows like Normal People, Knives Out, La La Land etc.

Some rave reviews for The Pact received by top publications are:

The Guardian- “Wales’s Big Little Lies will have you on tenterhooks” “… it was a grand reminder of the country’s strength in depth of acting talent, especially in adversity; it’s one of the first series completed wholly during lockdown”

Independent- “… writing and the cast are strong”

Hello! Spotlight- “… The new show is set to be a huge succeed with viewers and critics Alike…”