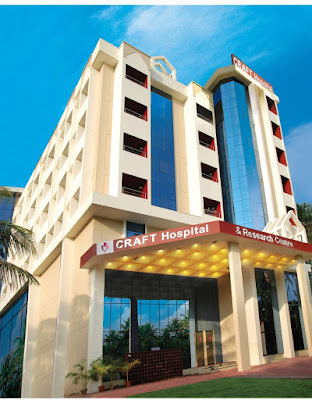 Spinal Muscular Atrophy (SMA), this rare disease has been in news for the last couple of weeks where a sum of Rs 18 crore was raised through crowdfunding for the treatment of a one-and-a-half-year-old SMA affected boy in the State. Further to this instance, donations from the public for treating two more similar cases were called for. The 18-crore drug therapy offers only partial cure for the patient, but there are very high chances for the recurrence of this disease amongst the future generations of his/her family. The aspect that there is a possibility to avoid the need for such a staggering amount is a knowledge that seeks public attention. As there is no cure or effective treatment, Genetic Counseling becomes very important in this disease management. Therefore, the experts at Craft Hospital & Research Centre in Kerala emphasizes on the importance of Genetic Counseling, Genetic Screening and Genetic Diagnostic Tests as to when and where it has to be applied to prevent such devastating conditions of SMA.

Technology has now grown at par where the individuals can be screened for any genetic condition before marriage, after marriage, before planning a baby, and even after a baby is born with any genetic condition to avoid the same condition in future pregnancies. However, most couples are unaware of the risk of having a child with SMA until they either have a child with SMA or their SMA carrier screening result is positive. Craft Hospital & Research Centre have successfully dealt with three pregnancies for such couple who were carriers of SMA through Preimplantation Genetic Tests (PGT). The IVF PGT-M treatment helps to identify the carrier status and if there are any disease-free normal embryos available, they can be placed in a mother’s uterus so that SMA is eradicated from the family and henceforth the next generation also will be totally free from the disease.

“It has been really unfortunate to see the rising number of Spinal Muscular Atrophy (SMA) in our state. It is said that there are around 102 reported cases in the State suffering from SMA, of whom only a few have received the treatment under the compassionate use programme extended by pharmaceutical companies. Aside, we could also witness cases wherein children died of this SMA disease which have in fact been unreported. On the other hand, the drug itself costs so high and many families are not able to afford the treatment. Therefore, we feel it is our responsibility to make use of right technology and techniques which will help in eradicating the genetic burden from families and societies, so that later on families do not feel burdened to buy such an expensive drug to cure their children”, commented Dr. Noushin Abdul Majiyd, Chief Consultant in Reproductive Medicine & Director, Craft Hospital.

“We agree that the Preimplantation Genetic Tests are expensive but if we compare with the current scenario, the PGT options outweigh the benefits over drug usage to cure SMA which costs much bigger. These top-notch techniques and technologies were available only abroad, but we have been doing it in our hospital with greater success for the last 10 years. We have also reported many successful genetic condition-free pregnancies and healthy babies through PGT technology which eradicated Thalassemia, Citrullinemia, Tay Sachs, Duchenne Muscular Dystrophy, and many more apart from SMA”, said Dr. Abdul Majeed, Medical Superintendent, Craft Hospital.

“Prevention is better than cure, so screening is an important way of finding out if an individual carries any genetic risk, which eventually helps to produce a healthy baby. We have successfully treated Mrs. Safya Rahmathullah who had a typical history of genetic disorder. She had one SMA-affected baby who died at 8 Months. Her second baby was also tested with SMA at 16 weeks of pregnancy and then got aborted. When she came over to CRAFT, we counseled her about the option of IVF ICSI & PGT- M to isolate the healthy embryo and then transferred one healthy embryo, which resulted in a perfectly healthy baby who is now 1.5 years”, said Dr. Ritu Hari, Chief Medical Geneticist, Craft Hospital.