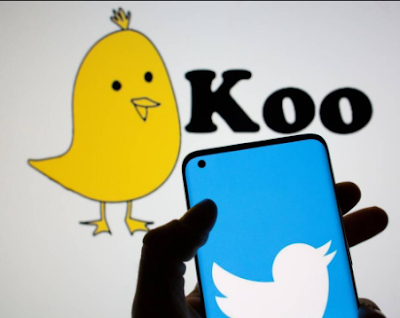 Javagal Srinath, former Indian cricketer and fast bowler said "I am very happy to be backing Koo - one of India's most talked about social media platforms. The fact that they are building a platform to bring the voices of Indian language audiences onto the internet is commendable and as an Indian I extend my support to them wholeheartedly."

Aprameya Radhakrishna, CEO and Co-founder, Koo said “As earlier stated, we had been in discussion with Shunwei Capital to enable a smooth exit after it invested in our company 2.5 years ago while we were raising funds for Vokal and have now fully exited the parent company Bombinate Technologies."

Shunwei Capital had held a bit more than 9% in Bombinate Technologies. It is important to note that Koo has been one of the first companies in India to be proactive in its actions of cleaning up its cap table and has doubled down on its commitment to build an Aatmanirbhar app for India and the world.

Koo is a microblogging platform for thoughts and opinions voiced in Indian languages. Users can easily create their thoughts using text, audio or video in multiple Indian languages and share them with the community at large. It creates a trusted space for Indians to connect, comment and engage with each other. The platform facilitates active conversations as creators can express themselves and users can follow creators of their choice to create a customised feed. It is a one-of-its-kind platform that has been built keeping in mind the nuances of native Indian languages.

Koo was founded in March 2020 by Aprameya Radhakrishna and Mayank Bidawatka, as an inclusive micro-blogging platform in Indian languages where people from across different regions in India can express themselves in their mother tongue. Just 10% of India prefers to speak English. 90% prefer native Indian languages. There’s no place on the internet for them to express themselves in their native language and discover others from the same community. Koo provides a voice to such Indians. Koo is available in multiple languages such as Hindi, Kannada, Telugu, Tamil, Bengali, English etc..

Posted by editor-manu-sharma at 8:35 PM