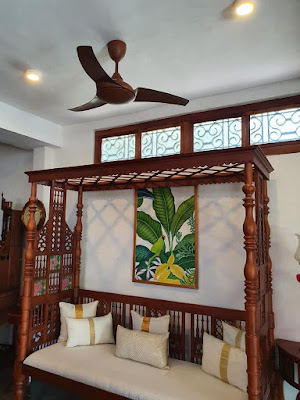 Leading Indian luxury fan brand Fanzart has expanded its brand’s presence in the country with multi-city openings in Kerala- Kochi, Kannur, Mallapuram, Thrissur, Kozhikode and Pathanamthitta. With this expansion, Fanzart now has a presence in 40 cities across India with a total of 80 showrooms.

Speaking on their Kerala expansion, Mr. Anil Lala, Founder and Director, Fanzart says, “We have had a longstanding relationship with the people of Kerala and have done business there without actually having a physical presence. Our experiences have been great and we believe this is the right time for us to expand our presence into what was an under-penetrated luxury fan market in the state. We have some great partnerships in Kerala and the aim to double down on these and strengthen them”.

Fanzart has adopted the partnership route with a shop-in-shop presence across Kerala.

In Thrissur, Fanzart has partnered with Temple Town, a brand that works on bespoke interiors and architecture, while catering to the who’s who of Kerala.

In Kannur and Kozhikode, Fanzart has teamed up with Nikshan Electronics, a well-known electronics store brand in the region. Considering their massive presence, they have taken up the two cities of Kannur and Calicut and exclusively display Fanzart products in their luxury fan segment.

In Pathanamthitta and Kochi, the brand has tied up with P-Square interiors. And in Malappuram, Fanzart has a partnership with Cavallo Building Solutions. This is a well-known brand in the ventilation segment catering to everything from heavy duty HVAC systems to exhausts to designer fans.

Across these showrooms, Fanzart will display anywhere between 15 - 40 luxury fan ranges.

In the 9 years of its entry into the market, Fanzart has risen to prominence as a pioneer and leader in the luxury designer fans segment. With showrooms across the country, Fanzart is a name to reckon with in the luxury interior segment with its niche offerings. The products are also shipped internationally and have made a mark for themselves. Log in to www.fanzartfans.com

Posted by editor-manu-sharma at 9:43 AM