A Chance to Innovate and Industry-Wide Recognition, Say Most Participants of Geek Goddess Code Competition 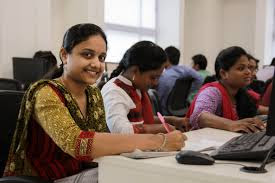 * The chance to innovate with unique problem statements is the biggest reason to participate, over shining factors as prizes or networking with industry peers

* TechGig Geek Goddess 2020 is nearing its finale and will conclude with a virtual career fair and a virtual grand finale ceremony on Dec 4 and 5, respectively

* Participants comprise 55% professionals and 45% of students

* Most participants hail from Bengaluru, followed by Mumbai and Delhi

“The biggest reason for me to participate in a code competition - again - is to have an opportunity to work on unique problems and new set of things, something that is missing in the daily work grind,” says Laisha Wadhwa, Data Engineer and TechGig Geek Goddess 2019 winner for AI/ML hackathon. She – and 5 other past winners – are back at TechGig Geek Goddess 2020 code competition to claim glory, again.

Chennai-based Nithya Vasudevan, Geek Goddess 2018 & 2019 theme hackathon winner is trying her luck for the third time this year. Also meet Katheeja Beevi, the runner up of RPA hackathon at Geek Goddess 2019 edition, who has registered again at Geek Goddess. There are more names in this trail but the urge to innovate and claim industry recognition binds them together. This is the subtle collective growing, and the coming of age moment, for the Indian women technologists who were perceived more as a background workforce. Those times are certainly over, as proven by these Geek Goddess participants.

Geek Goddess 2020 participants comprise 55% professionals and 45% students. While the world may be talking of work-from-home fatigue or blurring work-life balance, these women are utlising every minute away from office to concentrate on their coding projects.

Geek Goddess is an annual competition hosted by TechGig exclusively for the women programmers and is celebrating its sixth edition in 2020. This year’s competition opened on September 28 and has recorded 70,401 registrations till now. With the COVID-19 outbreak, the competition will conclude with a two-day virtual career fair for participants as part of the virtual grand finale ceremony on December 4 & 5.

Geek Goddess is joined by a host of IT giants who are committed to their resolve of improving women representation in their IT workforce. Geek Goddess is presented by American Express, for the third successive year. Other partners include Icertis, Goldman Sachs, Xoriant, CDK Global, Ernst & Young, AWS Training and Unisys.

Commenting on the registration trends at Geek Goddess 2020, Sanjay Goyal, Business Head of TimesJobs and TechGig said, “We have always believed that Indian women technologists are fiercely competitive and superbly skilled, and these stories of ex-winners returning to reclaim their titles, prove that our instinct was right! We have 70,406 registrations at Geek Goddess 2020 till now. These numbers are encouraging. I am thrilled to think about the countless dreams and aspirations that each of these participants are harbouring. To me, all of these participants are future Ada Lovelace who will lead innovations in future. I am glad that TechGig is helping them realise their prized ambitions”.