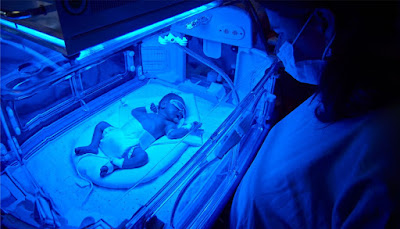 Team of Neonatologists at Motherhood Hospital, one of India’s leading names in the women and childcare specialty, worked relentlessly to extend continuity of clinical care for premature babies saved during the pandemic. While premature deliveries may not be a new phenomenon but this year owing to the challenges amidst the pandemic, the NICU team of Motherhood Hospitals turned adversity into an opportunity and provided seamless neonatal care for premature babies who were transferred from remote places of Karnataka and neighboring states as well.

There were various heartwarming cases of premature babies who were rescued and given new lease life. To give an example of twin babies born at 28th week, were retrieved from Anantpur region in the month of May. The baby girl was 760 grams and the baby boy weigh 850 grams. The team of doctors went beyond their call of duty in providing continual neonatal care for such preemie babies. The babies had premature related conditions like breathing issues, respiratory issues. They stayed for a month & a half and went back home healthy. There were no transfer fatality or morbidity in taking care of babies in the NICU.

The team has transferred prematurely born babies who were miles away in a special incubation arrangement called “NICU on Wheels” and provided neonatal care amidst the pandemic and traveled to places like Anantapur, Hoskote, Ramnagara, Madanpalle, Bellary, Hinduour, Chitradurga, Thadapatri, etc to resuscitate extremely premature and sick babies, who needed to be transferred to tertiary care NICU.

Sharing his thoughts Dr. Prathap Chandra, Consultant, Neonatologist & Pediatrician, Motherhood Hospitals, Indiranagar, Bangalore, “At Motherhood, we had over 1000 preemie babies in the NICU during the pandemic (April to Oct), out of which around 400 were transferred in the Neonatal Ambulance from outside of Bangalore (rural Karnataka). The incidence of pre-term babies is increasing by 10% - 15%in the last couple of years. India is observing a rising trend in premature births, owing to factors like increase in IVF pregnancies, late marriages which results in late pregnancies, lifestyle conditions like high blood pressure, diabetes, pregnancy-induced hypertension, consumption of alcohol, and smoking contribute to the cause.”

Dr. Vikas Satwik, Consultant, Neonatologist & Pediatrician, Motherhood Hospitals, Hebbal, Bangalore said, “We understand the importance of optimal care to prematurely born babies & support that the parents need, especially during the Pandemic time when the parents cannot be close to the babies. Premature babies need finest care under constant supervision of the Neonatal Team. This year with the challenges posed by COVID-19, delivering care to premature babies has been extremely challenging. However, the Team at Motherhood has come together to offer seamless care & ensure all the babies who were admitted in our NICU received best care.”

Approximately 1 million children die each year due to complications of preterm birth. As per the World Health Organization India among the top 10 countries contributing to 60% of the World’s premature deliveries.

Motherhood Women & Children’s Hospital network is India’s leading single-specialty chain with 12 hospitals across 8 cities. The network has more than 1000 specialist doctors associated with it who provide clinical services in Gynecology, Obstetrics, IVF, Neonatology, and Pediatrics. More than 25000 healthy babies have been born in the Motherhood network and 5000 babies have graduated hail & hearty from the 150 specialized Neonatal Intensive Care beds (NICU) of the network. Each hospital has a state of art Operating rooms to provide Minimally Invasive Laparoscopic Gynecology surgeries. All the hospitals of the network follow NABH quality and safety accreditation standards. In addition, every hospital is supported by a full spectrum of Radiology services for women & children. More than 10000 women and children visit our OPD services each month. Our Neonatal Intensive Care Unit stands as India’s best and known as a referral centre for handling most complex preterm births. 24x7 Emergency services are provided at each hospital. Motherhood is the proud recipient of “FICCI Healthcare Excellence Award for Best Patient Care 2019”.

Posted by editor-manu-sharma at 2:27 PM