5 Technology Startups that are Reshaping the Future of their Industries 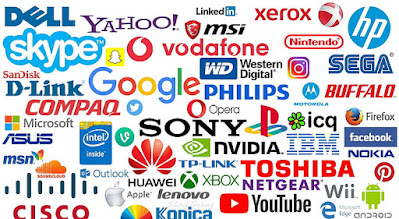 The world of technology is always on the move. Innovations come hard and fast, and what might be new and exciting one day is often old news the next. This means that companies must exist in a state of constant evolution, incorporating new ideas and introducing new features in rapid succession. Those that fail to do so face an uphill battle for survival in what is ultimately an extremely competitive space.

But while companies that innovate in the B2C space take centre stage in the eyes of the world due to the visibility of their products, technological advancements that reshape B2B industries are often sidelined. To correct this imbalance, and shine a light on the companies that are quietly revolutionising their sectors, here are four tech startups whose groundbreaking products and services have had a seismic impact on their respective fields:

Clickpost is India’s largest and Asia's second-largest logistics intelligence platform. It was launched in 2015 as a courier aggregator and pivoted to being a SAAS platform for shippers in 2017, providing cutting edge logistics intelligence solutions to help customers and e-commerce businesses. Although the logistics intelligence sector is highly competitive and operates on extremely slim margins, Clickpost has been able to stand out through three sustainable differentiators: data, with Clickpost using over 1 billion data points for its AI engine (more than 5x that of its nearest competitor); integrations across the entire delivery ecosystem, including with couriers, shopfronts, order management systems, warehousing systems, and CRMs (Customer Relationship Management); and issue-specific use cases, wherein ClickPost has automated over 100 different types of exceptions (more than 4x that of its nearest competitor).

As a result, Clickpost has achieved profitability within just two years of operations, processing more than 10 million shipments per month and growing at a rate of 600% YoY. It is currently Asia’s second-largest integrated logistics platform with more than 100 logistics partners and is a trusted partner to some of the biggest brands in the industry including Nykaa, PharmEasy, and RealMe.

With 100 million monthly active users (MAU) and a premium inventory of 300+ Apps (SDK Integrated), GreedyGame has worked with brands like Amazon, ONEPLUS, Dream11, MPL, Zee5, and RummyCircle, among many others. The current annual revenue run rate is $2mn, having  grown with a CAGR of 131% over the last 6 years. It has secured funding from leading institutions such as Times Internet and the IIT-Ropar Entrepreneurship Cell. GreedyGame has also been selected to be a part of NASSCOM’s 10,000 startup programme, and won the Techinasia Startup Arena India edition in 2016.

Based out of Bangalore, Aisle is India’s leading high-intent dating app, built for Indians by Indians. Designed for Indian-origin members from around the world who are looking for serious relationships, Aisle has staked its claim to the middle ground between traditional matrimonial websites and casual dating apps. Through its landmark game theory model, Aisle rewards users who bring authenticity, emotion, and investment to every conversation. This approach has made Aisle India’s most successful dating app, with more success stories per 1000 users than any other platform in the country.

Aisle’s trailblazing approach to the world of online dating is best exemplified by its recent launch of the ‘Rooms’ feature. This revolutionary new live streaming option allows users to interact-before-matching by hosting a virtual ‘Room’ and initiating an audio conversation with any other interested user. Through this exciting feature, users have the opportunity to form a connection through real conversations before choosing to match.

Brandie was established in 2016 as the world’s first crowd marketing platform. Brandie is built on the principle that consumers already endorse their favourite companies on social media. Collaborating with Brandie allows brands to reward this behaviour, and build a network of vocal loyalists in the process. Playing on the concept of word-of-mouth marketing, the founders of Brandie have developed a disruptive model where consumers promote the brand they love on social media by posting pictures and earn rewards for it.

This unique approach results in an increase in the brand’s revenue, while simultaneously reducing their marketing spend and receiving valuable user generated content. Since its launch in India, Brandie has tied up with brands such as Air India, Godrej Nature’s Basket, Raw Pressery, and The Belgian Waffle Company.

Spayee, a leading B2B player in the Indian online learning ecosystem, empowering content creators, trainers, institutes and educators to create, market and distribute their courses through a secure white-labelled platform. It is India's go-to platform for course creators to monetize their content.

Spayee is a platform for anyone who can teach and anything that can be taught. As of August 2020, Spayee has helped its customers generate over INR 200 crores in revenue through the sale of an enormous array of courses. Spayee is the most trusted brand by India's top educators, youtubers, marketers and trainers for creating, marketing & selling their courses.