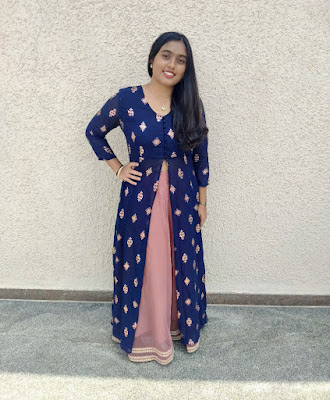 After a gripping regional final for the South zone of India Fact Quiz Championship 2020, Shriya Ejanthker from Bengaluru beat 3 other semi-finalists from home state Karnataka and Telangana to qualify for the final leg of the national championship. The regional final was conducted virtually via Zoom and aired on TV over the weekend on Times NOW.

India Fact Quiz was launched in February 2020 as India’s first ever digitally gamified quiz on data and facts on India. It was conceptualized with the objective of challenging and correcting the biases of India’s youth around data and facts on India, in sectors like health, education, gender, climate, welfare and population. The championship, targeting the age group between 17-25, is created as a launchpad to identify the brightest and most factful young minds of India. It was launched with an online quiz content with over 450,000 quizzers participating across India. From this, 4 semi-finalists were shortlisted from the North, South, East and West zones each. The winners of each zonal final will qualify as the top 4 national finalists and compete for the pole position as India’s first Fact Champion.

Shriya, the winner of the South zone final, is currently in her second year of B. Tech in Mechanical Engineering from PES University, Bengaluru, and has a keen interest in all things related to socio-development and policymaking. In the regional round, she competed against the following 3 semi-finalists: Syed Murtuza Hashmi, 25, MD (Radio-Diagnosis), Deccan College of Medical Sciences, from Hyderabad, Telangana; Sampreeth Desai, 21, B.E (Industrial Engineering & Management), Dayananda Sagar College of Engineering, from Vijayapur, Karnataka; and Siddharth Jena, 25, Ph.D. (Climate Change and Wind Engineering), IIT Roorkee, from Belagavi, Karnataka.

The final was hosted by journalist Govindraj Ethiraj, founder of DataBaaz, a data-driven video story platform. The contestants and Govindraj enjoyed traversing through various quizzing rounds such as true and false, multiple choice questions and ranking in order. They were quizzed on their knowledge and biases on topics like gender pay gap, urban and rural infrastructure, health and disease control, climate change and renewable energy, government schemes and policies, and even Covid-19 related topics.

Excited to be representing Karnataka and the entire Southern zone of India at the national finals of IFQ 2020, Shriya says, “Participating in India Fact Quiz is opening my eyes and ears in an entirely new way to how I see India today. I do feel it challenged my biases as it presented an India that was far better performing than I had pictured. One such question was the percentage of married Indian women earning equal to or more than their spouses. The answer was around 44%, whereas I thought that number would be 12%, as I was under the impression a large number of urban Indian women do not work or work in lesser paid jobs, and most rural Indian women do unpaid work such as helping their husbands in the field or threading cotton. So, it was surprising to learn that almost half of married Indian women earn as much as or more than their spouses. I am now looking forward to being challenged in the final round of the championship and explore new areas that I can open my mind to.”

Along with Shriya from the South, the winner of the North final is 18-year-old Aditya Maurya from New Delhi, the youngest finalist in the championship. Together, they will be part of the upcoming national final with two other winners from the West & East.

The following upcoming episodes of the India Fact Quiz 2020 Championship will be aired on Times NOW:

Posted by editor-manu-sharma at 1:29 PM