GIGAnet From Vi Is The Most Consistent And Fastest 4G Network In India: Ookla 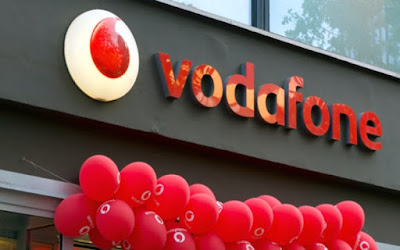 Close on the heels of the launch of GIGAnet from Vi, Ookla - the global leader in broadband testing and web-based network diagnostic applications, has verified it as the most consistent and fastest 4G network across India. As per Ookla, Vi delivered the fastest 4G Download and Upload speeds compared to all other operators for the July to September 2020 period.

The most consistent and fastest 4G network verification is based on analysis by Ookla of tests taken with Speedtest by 4G users across the country.

GIGAnet from Vi has been verified as the fastest 4G network, with the highest download and upload speeds in some of the top states like Maharashtra, Uttar Pradesh, Gujarat, West Bengal, Delhi, Kerala, Rajasthan, Madhya Pradesh, Chhattisgarh, Jharkhand, Sikkim, Assam and other states of North East. GIGAnet has topped the speed charts in 120 key cities across the country including major cities of Ahmedabad, Lucknow, Jaipur, Indore, Rajkot, Agra, Kochi as well as the metros of Mumbai, Delhi NCR and Kolkata, among others.

Speaking about the accomplishment, Ravinder Takkar, MD & CEO, Vodafone Idea Limited said, “Our network helps us be a champion of Digital India, enabling us to power the hyper-connected needs of the digital consumers. GIGAnet from Vi is a world-class network with the largest spectrum portfolio, huge capacity, and built on many principles of 5G architecture, enabling the delivery of a superior network connectivity and digital experience for individual and enterprise customers. This recognition by Ookla is a validation of our concentrated efforts to build a future ready network with investments in latest technology deployments and the world’s largest network consolidation.”

VIL has done one of the largest AI-powered ma-MIMO deployments in India with 12,000+ installations and the world’s largest DSR deployment across key markets doubling capacities and substantially increasing speeds despite higher usage in recent times.

Vodafone Idea’s 4G population coverage now reaches nearly 1 billion Indians. GIGAnet is the result of the largest network integration completed in record time and the first-of-its-kind spectrum reframing exercise in the world. GIGAnet has India’s largest deployment of universal cloud, making it the strongest, future-ready, new-age, dynamic network of these times, to accommodate the enormous amount of data traffic that the post Covid world has seen.

The latest verification by Ookla comes on the back of fastest 4G network verifications for GIGAnet across various circles over the preceding quarters.

Vodafone Idea Limited is an Aditya Birla Group and Vodafone Group partnership. It is India’s leading telecom service provider. The Company provides pan India Voice and Data services across 2G, 3G and 4G platform. With the large spectrum portfolio to support the growing demand for data and voice, the company is committed to deliver delightful customer experiences and contribute towards creating a truly ‘Digital India’ by enabling millions of citizens to connect and build a better tomorrow. The Company is developing infrastructure to introduce newer and smarter technologies, making both retail and enterprise customers future ready with innovative offerings, conveniently accessible through an ecosystem of digital channels as well as extensive on-ground presence. The Company is listed on National Stock Exchange (NSE) and Bombay Stock Exchange (BSE) in India.

Posted by editor-manu-sharma at 2:19 PM