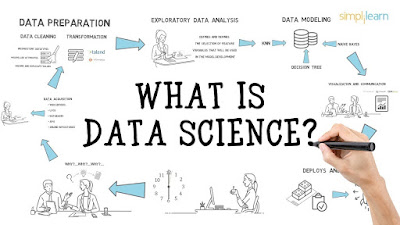 Data science has an image problem—and it’s helping to fuel a critical lack of diversity. Almost 50% of female STEM students perceive data science to be overly theoretical and low impact. A sense that it is more competition-focused than other jobs is also behind their exit from the “talent funnel,” according to a forthcoming report by Boston Consulting Group (BCG) and BCG GAMMA, titled What’s Keeping Women out of Data Science? A significant share of STEM women across the globe also do not feel they have a good understanding of what a “data science career” is and what the day-to-day life of a data scientist in the workplace entails. The negative perception and lack of transparency combine to boost the gender gap: only 15 to 22% of data science professionals today are women.

Perception Mirrors Reality
Students around the world are picking up on an unfortunate reality: far too many companies still struggle to create real impact with AI, and many companies continue to lack a culture of collaboration in their analytics teams. The study reveals that nearly 75% of female data science majors are looking for exactly the opposite from their future jobs—namely applied, impact-driven work—while men are ambivalent. As long as companies approach and promote their data science and AI as theoretical endeavors without concrete and measurable value, female students will continue to be disproportionately deterred from entering the field.

Finding the Gaps in Understanding
BCG surveyed over 9,000 STEM men and women (each representing about half of the sample population) from Australia, Canada, China, France, Germany, India, Japan, Spain, the UK, and the US (with between 700 and 1,000 responses from each country).

Regarding transparency, the study revealed that only around 63% of men and 55% of women are well informed about the various career opportunities in data science. Even among data science and computer science majors, nearly half (47%) complained of poor clarity regarding career path options within the field. Australia, France, and Spain consistently achieved high rankings on transparency, while female students in China, Japan, and Germany consistently reported the lowest understanding of their options in this field. On perceptions regarding impact and purpose, China and Japan also appeared at the bottom of the list, while students in the UK, the US, and France had a more positive picture.

Companies Must Act
Despite these variations across countries, the problem is fundamentally a global one, impacting diversity across this rapidly growing field. “Companies cannot simply rely on the media buzz around AI, hoping for the job of data scientist to magically ‘sell itself’ to students,” said Sylvain Duranton, Senior Partner and Global Leader of BCG GAMMA and an author of the report. “They must create a visible culture within their data science teams that celebrates impact and shuns competitiveness, and then make this career opportunity very tangible and attractive to students of both genders.“

What Employers Can Do Better
While companies move toward a more purposeful approach to AI, they can also encourage diversity more immediately by becoming much more specific in their communication with students, directly addressing the concerns that women highlight as critical: the role of data science within the business, how data scientists work together on use cases, and how a career path in data science involves more than coding. They should be approaching students with real-life examples and value proofs, communicated by real data science practitioners who can make the day-to-day tangible and can directly address negative perceptions about work culture.

As long as companies do not get this right, a large (and disproportionately female) share of the talent pool for data science will continue to vote with its feet and avoid the field, perpetuating the recruiting gender gap in this increasingly mission-critical part of companies’ workforces.

Posted by editor-manu-sharma at 9:29 PM

You completed certain reliable points there. I did a search on the subject and found nearly all persons will agree with your blog.data science certification