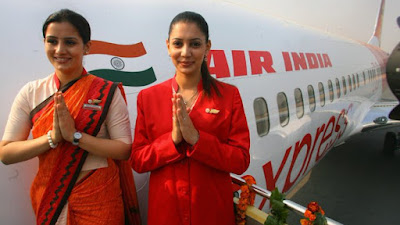 * No cancellation of international flights; Only schedules being altered

Air India, India’s leading airline and a Star Alliance member, today announced the cancellation of domestic flights across some routes in accordance with the Notice to Airmen (NOTAM) issued by the Delhi Airport. In view of the Republic Day preparations by the Indian Air Force, the airspace will be restricted for nearly three hours every day for one week in the run up to the 74th Republic Day. Thus, Air India has taken appropriate measures to cancel as well as reschedule flights while minimising disruptions.

For 2023, the NOTAM has been issued for 19th -24th January and 26th January from 1030 to 1245 IST. To adhere to NOTAM, Air India will be cancelling all flights operating to and from Delhi across the 7-day period during the time range as mentioned above. This has been done without causing disruptions on other routes. Flights operating earlier or later than the prescribed time range will continue to operate as usual.

Domestic or international passengers arriving at/departing from IGI Airport, New Delhi, are requested to check their flight status to avoid any further inconvenience.

Tata Sons is the principal investment holding company and promoter of Tata companies. Sixty-six percent of the equity share capital of Tata Sons is held by philanthropic trusts, which support education, health, livelihood generation, and art and culture. In 2020-21, the revenue of Tata companies, taken together, was $103 billion (INR 7.7 trillion). These companies collectively employ over 800,000 people. Each Tata company or enterprise operates independently under the guidance and supervision of its own board of directors. There are 29 publicly-listed Tata enterprises with a combined market capitalisation of $314 billion (INR 23.4 trillion) as on December 31, 2021. Companies include Tata Consultancy Services, Tata

Posted by editor-manu-sharma at 8:45 PM