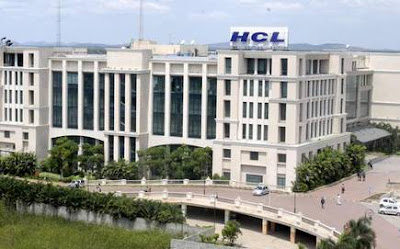 HCLT posted operating performance beat in Q3 due to better-than-expected strength in the software business. Revenue grew by 5% CC QoQ because of strong performance in the software business (30.5% CC QoQ), while the services business (2.2% CC) delivered broadly in-line performance. Growth in the services business was steady despite higher-than-usual furloughs in financial services (-1.7% CC QoQ), ramp-down by clients under stress in retail (-0.6%), and impact from furloughs and spending optimization by clients in technology and services (0.1%). Deal intake remained healthy at USD2.35bn in Q3, led by IT operating model transformation, cloud adoption, and large vendor consolidation deals. Management expects revenue growth in Q4 to be weak QoQ due to seasonality in the software business. However, management remains confident about the medium-term growth outlook due to market share gain, strong deal intake, and deal pipeline. HCLT has narrowed its overall revenue growth guidance to 13.5-14.0% CC (earlier 13.5-14.5%) and EBITM guidance to 18.0-18.5% for FY23 (earlier 18-19%). HCLT has also narrowed down its services revenue growth guidance to 16.0-16.5% CC for FY23 (earlier 16-17%), implying 1.0-2.5% QoQ growth in Q4. We raise our earnings estimates by 1.4-1.8% for FY23E-25E, factoring in Q3 performance. We maintain BUY with a TP of Rs1,125/share at 17x Dec-24E EPS (earlier Rs1,100).

Results summary: Revenue grew by 5.3% QoQ to USD3.24bn (5% QoQ/13.1% YoY CC), above our estimates, due to strong performance in the software business (30.5% CC QoQ). EBITM expanded by ~160bps QoQ to 19.6%, 70bps above our expectations, due to increased contribution from the software business. The services business’s EBITM grew by ~10bps QoQ to 17.7% due to pyramid and cost optimization (+40bps), better realization (+30bps), currency movement (+70bps) negated by salary hike for middle management (-70bps), and impact of furloughs (-60bps). Net profit stood at Rs40.97bn, higher than our estimate, due to better-than-expected operating performance. HCLT signed seven large services deals and 10 software deals with total new deal TCV of USD2.35bn in Q3. What we liked: Revenue and margin beat, healthy deal intake, and strong performance in the software segment. What we did not like: Weakness in financial services, retail and CPG, and technology.

Earnings call KTAs: 1) HCLT signed three large deals in Q3 in which the bulk of work is in the nature of transformation and attributable to vendor consolidation, transition from struggling service provider, and realignment of the product operating model. The share of cost takeout deals is growing in the unqualified deal pipeline, which may lead to a higher share in booking in future. 2) Growth in Europe was led by large deal ramp-up in a telecom client in the past two quarters. Growth was partly offset in the reported communication vertical due to the decline in another large telecom client. 3) BFSI growth is expected to improve in Q4, while weakness in retail and CPG is expected to persist. Technology is likely to remain stable, as the impact from spend optimization would be negated by vendor-consolidation opportunities. 4) Management aspires to return to the 19-20% EBITM trajectory. Lower backfilling costs with moderating attrition, flattening employee pyramid, better utilization, improved realization, and higher offshoring/nearshoring remain key margin levers. 5) IT services LTM attrition moderated to 21.7% in Q3FY23 vs. 23.8% in Q2FY23. 6) New deal intake TCV grew by 10% YoY to USD2.35bn (ACV up 1.9% YoY; 13% YoY in 9MFY23). HCLT hopes to sustain 10%+ ACV growth on a TTM rolling forward basis. 7) The company announced an interim dividend of Rs10 per share.

Posted by editor-manu-sharma at 2:50 PM