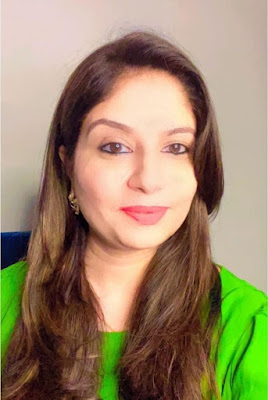 Emerging as one of the premier global educational hubs, it has been noted that over 6000+ Indian students choose Ireland as their study abroad destination at the undergraduate and postgraduate levels. Observing the involvement and considerable interest of Indian Students, the University of Galway (formerly known as NUIG), supported by Education in Ireland aims to expand the areas of collaboration in the country. Along with the inauguration of its office in Delhi, NUIG to further strengthen the educational ties has also appointed Ms. Anju Singh as the Senior Regional Manager- South Asia. Ms. Anju will be leading the team under her to ensure smooth workflow.

Galway is one of Europe’s premier MedTech hubs and NUIG is at the heart of this ecosystem. 80% of NUIG’s undergraduate courses offer a work placement or study abroad opportunity making it one of the preferred universities for pursuing bachelor’s degree programs in Ireland. 96% of its undergraduates and 94% of its postgraduate students are employed or studying further within 6 months of graduating. International students are motivated and permitted to work 20 hours a week on a part-time basis and 40 hours a week during holidays.

International High school students show a keen interest in the programs offered by NUIG, such as Business and Management, Computer Science and IT, Engineering, Psychology, Journalism, Global Media, Hotel Management, and Medicine. Business Analytics, Clinical Medicine, Molecular Biology, and Engineering are some of the popular programs among international students at the master’s level.

Thrilled about the inauguration and elaborating on her appointment, Ms. Anju Singh, Senior Regional Manager- South Asia said, inputs needed from Ms. Anju “University of Galway has emerged as one of the top choices for Indian students to pursue their higher studies in Ireland. It has a distinguished identity among Ireland’s best higher educational institutes and is known for its international outlook, research excellence, a culture of innovation, and high graduate employability scores. Moreover, the University offers the best ‘Return on Investment’ to all Indian students planning to pursue further studies in Ireland with a wide range of merit scholarships awards for upcoming Sep’ 2023 intake.”

NUIG’s initiative of setting up an office in India intends to further develop and strengthen the Holistic education relations between India and Ireland. University of Galway (NUIG) offers 450+ programs at graduate and undergraduate levels, it’s home to over 19,000 students, 13% of which are international students from 122 different countries.

Commenting on the growing interest of Indian students, Mr. Barry O’ Driscoll, Regional Manager - India & South Asia, Education in Ireland said, “We are pleased that an increasing number of students from India, at both undergraduate and postgraduate level, are considering Ireland as their chosen study abroad destination. As a centre for excellence for international education that prepares its graduates to be highly employable across the world, Ireland has emerged strongly as a top choice for international students and has seen a 10% growth in the number of Indian students going to Ireland annually.”

He further added, “Galway has become one of the most popular study destinations in Ireland. A city on the Atlantic coast, Galway is a cultural and artistic hub that attracts students from all over the world. Popular for its traditional pubs, Irish folk music and art galleries, the harbour city provides students with a unique blend of culture and indeed corporate opportunities. Moreover, it offers a safe and secure environment and a ‘home away from home vibe’ to all incoming students along with affordable living and an international outlook. As we see the increased interest from Indian students in choosing Galway, we congratulate the University of Galway on inaugurating their first office in India.”

Ireland ranks as the second-highest destination in the world when it comes to quality of life, based on health, education, and income. It’s also the most preferred study abroad destination in Europe for Indian students. Ireland looks forward to further enhancing its relationship with India through cross-border collaborations, mutual recognition of degrees, and more such initiatives.

Posted by editor-manu-sharma at 6:36 PM