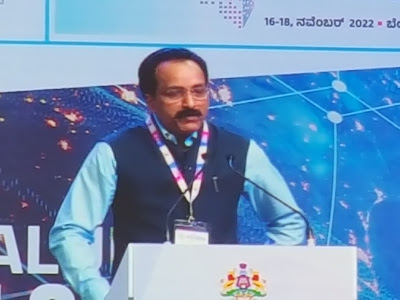 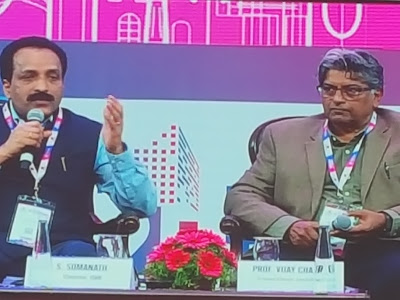 Over 100 plus startups  have registered with the space agency and are working closely in various domain, said S. Somanath, .Chairman of the Indian Space Research Organisation (ISRO). Addressing a plenary session at the Bengaluru Tech Summit 2022 on 'R&D of India: Innovation for Global Impact,' he said that the ISRO has signed MoUs with companies to work closely which include hand-holding in space technology and building processes from start to finish.

Somanath said a significant number of companies have the potential to become big players in the space sector and ISRO is playing the role of facilitator and helping in building technologies, adding that out of the 100 startups at least 10 of them are working on developing satellites and rockets.

He also announced that Chandrayaan 3 mission will be in orbit in a few months adding that ISRO is working closely with NASA in space technology areas. He said the computer that was used in the rocket was made in India.

The ISRO chairman said that the agency is playing an important role in smart city projects and smart manufacturing processes. He said some of the areas that ISRO is working on include bringing back satellite technology, propulsion systems used in engine manufacturing which have been successfully tested, green and hybrid propulsion systems, nuclear propulsion, the launch of small rockets with the use of additive technologies, energy storage systems, functional materials, carbon fibre technology, electronic devices, robotics, drone technologies, quantum technology used in encryption and disruptive technologies.

The number of startups in the rapidly-growing Indian space sector has more than doubled over the past year, shows data from the Economic Survey 2022.

The total number of space startups in the country has crossed 100 with 47 space technology startups being established in the country in 2021, up from 21 in 2020. In 2019, there were only 11 new startups added in the space sector.

New policies from the Indian government in the space sector coupled with participation from the private sector have been the key factors behind the growth of space startups in the country, according to the Economic Survey 2022. “With these recently undertaken policy initiatives and private sector participations, the Indian space sector is expected to capture a larger share of the global space economy, which was close to $447 billion in 2020. At present, India accounts for only about 2 per cent of the space economy, much behind the major players--the US and China,” the survey adds.

Posted by editor-manu-sharma at 6:49 PM