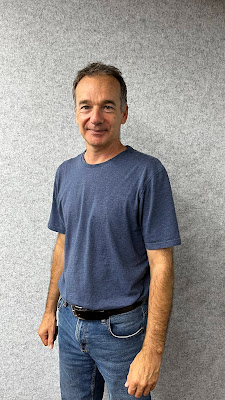 Kovai.co- a premier enterprise software and B2B SaaS company based out of Coimbatore, India, and London, U.K has today announced the appointment of Andrew Cloke as the Chief Operating Officer (COO).

Cloke, who has a strong background in working across cross-functional teams throughout his 34-year-long career, will ensure that Kovai.co has the appropriate systems, processes, policies, and procedures in place to continue our profitable journey. He will also help in preparing and communicating budgets for various departments and helping them manage costs to stay in line with the agreed plan.

Speaking about the nature of this role, Cloke says, “For a role such as this, challenges are aplenty, they are also normal in a fast-growing business such as Kovai.co. But this is also why I was so delighted when Saravana asked me to join.” Cloke will be working out of the UK office. “Though I will work from the UK office, I plan to make regular trips to India since my first visit in August was a very rewarding experience. It's a privilege to be part of the Kovai.co family.” he said.

Having graduated from Westminister University in 1989 with a degree in Urban Estate Management, Cloke started his career as a Chartered Surveyor in Real Estate. In 1996, he joined British Telecommunications (BT plc) for commercial contract support. In the latter three years, he managed a global outsourcing contract based in Belgium, after which he travelled throughout Central and Eastern Europe and Brazil meeting BT staff and their customers until 2007.

In 2008, he joined Fidelity International, where he met the Founder and CEO of Kovai.co, Saravana Kumar, who was also working with Fidelity Investments then. Though Cloke was in the IT department, most of his work was with Finance (budgeting, forecasting, cost control) Tax (R&D Tax Credit Claims, Transfer Pricing, VAT, Corporate Tax compliance) and Commercial (para legal, commercial disputes, procurement, and supplier management).

About expanding the leadership team and appointing Andrew Cloke as the COO, Saravana Kumar, Founder and CEO of Kovai.co says, “Since I knew Andrew from our days at Fidelity, I am confident that bringing him onboard was a great decision. His focus and expert knowledge in the industry has been exemplary. As we were looking to strengthen our leadership team at Kovai.co, Andrew was the logical choice since he would help us maintain momentum and growth and build appropriate policies to keep them in place. I am pleased to welcome him into this new role.”

Kovai.co is a multi-product enterprise SaaS company based out of Coimbatore, India and London, UK. Founded in 2011 by Saravana Kumar, a Microsoft Integration Architect, the company has crossed a revenue of $10 million ARR and remains completely bootstrapped to date. With a 240+ member team, it is looking to grow its product portfolio and its revenues, with a target of $30 million by 2025.

The company has bagged multiple awards on the National stage including “Bootstrapped SaaS startup of the year” from SaaSBoomi, “The Bootstrap Champ Award” by The Economic Times in 2021 and NASSCOM Emerge 50 awards 2021 recognized their knowledge-management product Document360.

Posted by editor-manu-sharma at 6:09 PM