IPO-Bound Navi Expands Its Board To 4 Independent Directors With The Latest Appointment Of Vidit Aatrey, Meesho’s Co-Founder & CEO 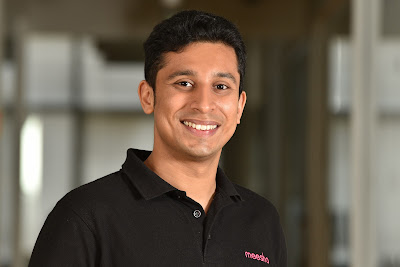 * With Mr. Aatrey’s appointment, independent directors now form a majority on Navi’s Board.

Navi Technologies Limited (“Navi”) announced the appointment of Mr Vidit Aatrey, the co-founder & CEO of Meesho as an Independent Director on its board of directors (“Board”) effective as of April 9, 2022, subject to completion of formalities.

Mr Aatrey’s appointment is in continuation of Navi’s ongoing efforts to strengthen its Board, having recently appointed three other Independent Directors, namely, Mr Abhijit Bose, Mr Shripad Nadkarni, and Ms Usha Narayanan who all come with rich and diverse experience across various sectors.

With this appointment, Navi’s Board, which now comprises 7 members, will have majority representation from independent directors. The other board members include Navi’s promoter and co-founder, Mr. Sachin Bansal, co-founder, Mr. Ankit Agarwal and Mr. Anand Sinha, the former Deputy Governor of the Reserve Bank of India.

Commenting on the appointments, Sachin Bansal, Co-founder of the Navi group said:

“I am pleased to welcome Bobby (Abhijit), Shripad, Usha and, most recently, Vidit to our Board. They each bring a unique perspective and I believe they will add significant strategic value to Navi as we continue to grow. These appointments  further reinforce our commitment to setting high standards in corporate governance.”

About the Independent Directors:

Mr. Vidit Aatrey is the co-founder & CEO of Meesho. He graduated from IIT Delhi in 2012 and co-founded Meesho in 2015. He has been featured in Fortune India’s 40 Under 40 list for 2021, and was awarded the EY Entrepreneur of the year 2021- Startup category.

Mr. Abhijit Bose is the Head of India for WhatsApp. Prior to taking on the leadership role at WhatsApp, Abhijit held senior executive positions at Oracle, Intuit and was the co-founder of Ezetap. He graduated from Harvard Business School with an MBA and Cornell University with a Bachelor's degree in Science.

Mr. Shripad Shrikrishna Nadkarni is a member of Maverix Platforms. Mr. Nadkarni has several decades of experience in India’s consumer, pharmaceuticals, food & beverage and consulting industries. In the past, he has been associated with Coca-Cola India and Johnson & Johnson Private Limited for a combined period of 16 years and last held the position of Vice President- Marketing. He is an alumnus of the Indian Institute of Management, Bangalore.

Ms. Usha A Narayanan, who is already a part of the Navi group as an Independent Director for other group entities such as a Navi Finserv Limited, Navi General Insurance Limited & Chaitanya India Fin Credit Private Limited, has more than two decades of audit experience with Lovelock & Lewes Chartered Accountants LLP, a member firm of PricewaterhouseCoopers, where she was a partner for a period of 15 years. She is also a former independent director on the board of directors of Bank of Baroda. Ms. Narayanan is a Chartered Accountant (ICAI) and a qualified Company Secretary (ICSI).

Co-founded by Sachin Bansal and Ankit Agarwal, the Navi group offers a range of financial services and products such as Personal Loans, Home Loans, Retail Health Insurance and Mutual Funds.

“Navi Technologies Limited is proposing, subject to receipt of requisite approvals, market conditions and other considerations, to make an initial public offer of its equity shares and has filed a draft red herring prospectus (“DRHP”) with the Securities and Exchange Board of India. The DRHP is available on the website of the SEBI at www.sebi.gov.in as well as on the websites of the book running lead managers, Axis Capital Limited at www.axiscapital.co.in, BoFA Securities India Limited at www.ml-india.com, Credit Suisse Securities (India) Private Limited at www.credit-suisse.com/in/en/investment-banking-apac/investment-banking-in-india/ipo.html,

Edelweiss Financial Services Limited at www.edelweissfin.com, and ICICI Securities Limited at www.icicisecurities.com, and the websites of the stock exchange(s) at www.nseindia.com and www.bseindia.com, respectively. Investors should note that investment in equity shares involves a high degree of risk and for details relating to such risk, see "Risk Factors" of the RHP, when available. Potential investors should not rely on the DRHP for any investment decision.