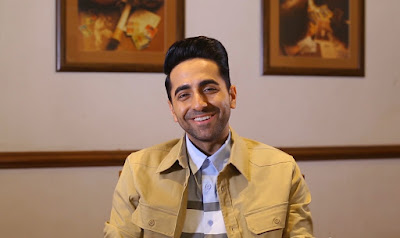 Ayushmann Khurrana has proven to be one of Bollywood's most versatile actors in recent years. With 32 wins and 29 nominations, Ayushmann's progression as an artist from theatre to television to the big screen has been the most organic one. The Vicky Donor star shares his journey from hosting TV shows to his first blockbuster in an IMDb exclusive video, The Essential Guide to Ayushmann Khurrana. Here is a throwback to the journey of the star who talks about how the success of this unconventional movie not only got him fame and recognition but also paved his path into a certain genre of movies.

Reminiscing his childhood days, Ayushmann Khurrana shares how at the age of 5 he confessed to his grandmother about his dreams of becoming an actor that landed him in a soup. He recollects, “6th standard, when I did my first play called Merchant of Venice, I played Shylock’s character…that time my father realized that probably this is something serious. In college when I told him I want to do acting and theatre, he had just taken one promise from me that you know I should be like a topper in college and have like at least 70% attendance and I followed that and simultaneously did theatre, so he was very supportive later.”

From there started the journey of auditions and tryouts. On having to give up a role in ‘Kitni mast hai Zindagi’ to being offered to participate in Roadies, Ayushmann ensured to take up the right opportunities that came his way to kickstart his career in the industry. With all the grit and determination, he won the Roadies season and 4 years later came to Bombay where he joined MTV as a VJ. Followed by his stint at MTV, he hosted India’s Got Talent, IPL and a variety of award shows and reality shows where he made a mark in the anchoring space.

“In 2011, Shoojit Sircar noticed me on television and he wanted somebody like me as Vicky Donor….I remember I had at least said no to 6 films first before saying yes to Vicky Donor because I realized one thing that I won’t get a second chance….my first film has to be on point. I thought Vicky Donor was a great script and a very credible director, it was like a dream come true for me in 2012”. He also added, “First Filmfare was very special because I think am the only one in the history of Filmfare who won debut actor along with best playback singer…. competition is crazy…I never expected I will get best singer award…I got it, so I was just shocked and surprised”.

Ayushmann strongly feels that Vicky Donor set a path for him. This one-of-its kind movie set a trend and he felt that following the trend should be the right thing. He added, “I always thought I was unconventional…so I always thought I should make unconventional choices which will probably surprise you….so that was my aspiration, to choose subjects which were novel and clutter breaking.” Ayushmann also fondly shares about Andhadhun and how the movie was the biggest hustle of his life which gave him everything – from a national award to the biggest hit in China. Following which he has always done unconventional roles that have set him apart as an actor. Ayushmann Khurrana has successfully created a sub-genre of his own and highlighted all types of societal issues through some of his greatest hits of all times like Badhaai Ho, Article 15, Andhadhun, Gulabo Sitabo, Shubh Mangal Zyada Sasvdhan all which were huge hits in India.

After starring in hit films and belting out chartbusters, hear more from the actor on his failures and success mantras during the IMDb Essential Guide to Ayushmann Khurrana https://www.imdb.com/video/vi1756021273/.

Posted by editor-manu-sharma at 3:03 PM