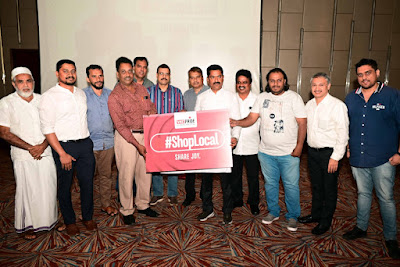 VKC Pride, India’s leading PU footwear manufacturer has launched a unique ‘Shop Local’ to woo the customers to nearby shops and help local neighbourhood businesses flourish. The campaign is aimed at energising local shops and to quell the threat of online

Weekly Prizes: The first tool is VKC Pride 2022 Celebrations scheme that helps customers win a whole lot of prizes every week when they shop from nearby shops. Also, have a mega reward as a bumber prize.

Amitabh Bachchan Endorsed Ad-Less Ad: The third tool is the power of endorsement of the legend of Indian Cinema Sri. Amitabh Bachchan with a unique Neighbourhood Business and Prosperity film in the India's Pride My Pride ad series using the special technique of an ad-less ad pioneered by VKC Pride and originated by Breakthrough Brand & Business Consulting.

Posted by editor-manu-sharma at 8:25 PM