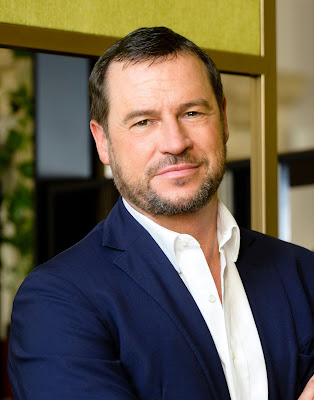 Planet Smart City, the London headquartered global leader in smart affordable housing, today announces that it has launched a €60m capital raise to accelerate the Group’s ambitious business plans. Planet’s India business is helmed from Pune with ‘Universe’ at Life Republic township in Pune, as a joint venture with Kolte-Patil Developers Ltd., and has plans to expand to Mumbai and Bangalore.

Since its establishment in 2015, Planet Smart City, which specialises in large-scale projects that create smart neighbourhoods and affordable homes - has raised more than €160 million, from 390 institutional and private investors. In 2021, the Group recorded revenues of approximately $105 million dollars (€93 million), doubling the result of 2020 which had been $52 million dollars.

The €60m capital increase is aimed at accelerating the implementation of Planet’s ambitious business plan that includes the launch of approximately 54 smart projects over the next three years (a total of over 40,000 housing units). This will provide a platform to help establish Planet as a world leader in the affordable segment housing by 2030 with more than 45,000 homes sold each year.

Planet's projects are capable of revolutionising the way residents live in urban environments. Its success in Brazil - where the first families are moving to its neighbourhoods – has created a unique proposition compared with the rest of the real estate market, particularly in the affordable market segment.

Planet's approach to community building is aligned with the highest environmental and social sustainability standards which can be measured through its proprietary digital platform, the ‘Planet App’. Because of this, residents' experience within their community is totally transformed: services are accessible through digital solutions that provide increased convenience, help residents save money, and live more sustainably. The Planet App, which is provided to all residents for free has 70% adoption rate across its projects.

The Group’s approach also completely transforms the classic real estate business model whereby revenues come exclusively from the sale of properties. Planet’s digital business unit generates revenues from the management of services offered to the community and data analytics. This also enables Planet to continue to reinvest in its neighborhoods for the long-term.

Giovanni Savio, co-founder and Global CEO of Planet Smart City commented: “The design of new large-scale residential real estate developments is increasingly characterised by a multidisciplinary approach: technological innovation, digitalisation of services, and solutions that promote sociality. Planet Smart City is the only global company that integrates these concepts into an innovative and scalable offer for affordable housing. Our unique approach is also increasingly recognised by sector players who are looking at Planet to be involved in their projects and co-create first smart neighborhoods in Dallas. In India, we have planned 20+ smart solutions for project ‘Universe’ at ‘Life Republic’ township in Hinjewadi, Pune. We will continue to expand this successful association. ”

Building upon the success of its first co-development in Pune, ‘Universe’, Planet and Kolte-Patil plan to add several projects to the platform over the next three years in Mumbai, Pune, and Bengaluru with an aim to co-develop a minimum of 15,000 housing units*.

Founded in 2015 by real estate experts Giovanni Savio and Susanna Marchionni and chaired by physicist and entrepreneur Stefano Buono, Planet Smart City is a global leading proptech company that designs and builds neighbourhoods in countries with high housing deficits and works in partnership with real estate developers around the world to improve quality of life. Planet Smart City's mission is to create communities that respect local cultures and support inclusivity and sustainability. It does this through integrating innovative infrastructural, technological and social innovation solutions into its projects.

The research, development and integration of these innovative solutions is undertaken by subsidiary Planet Idea, which operates through multidisciplinary Competence Centres in Turin (Italy) and Pune (India). Planet Idea has, amongst other projects, created and launched the Planet App, a digital platform of high value-added services that also facilitates communication between residents in Planet Smart City’s neighbourhoods.

The Planet Smart City model has been proven in Brazil where four projects are underway: Smart City Laguna, Smart City Natal, Smart City Aquiraz and Viva!Smart. In 2020, the business expanded into India through a partnership with Kolte Patil. In Italy, the company collaborates with leading real estate developers in numerous smart social housing projects.

Posted by editor-manu-sharma at 11:05 AM