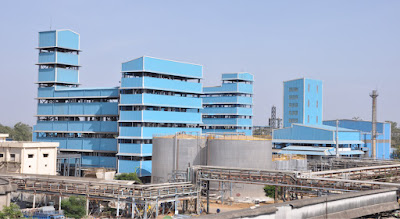 * Godrej Industries now aims to achieve carbon neutrality, water neutrality and zero waste to landfill for this facility by 2026.

Godrej Industries Ltd. (Chemicals) has set a new benchmark by becoming the first chemical manufacturing company in the country to achieve a ‘GreenCo Platinum’ rating. The award was conferred by the CII-Sohrabji Godrej Green Business Centre (CII-Godrej GBC) for the company’s manufacturing facility in Valia (Gujarat) under GreenCo (Green Company Rating System).

The GreenCo Rating System is envisioned to create a green movement in the country. The rating is based on ten key parameters- energy efficiency, water conservation, product stewardship and life cycle assessment, innovation, waste management, green supply chain, material conservation and recycling, green infrastructure and ecological, renewable energy, GHG emissions. It assesses and analyses the environmental impact of a company’s operations and points are assigned for each rating parameter after site assessment.

In alignment with the Godrej ‘Good and Green’ objectives, in the last ten years, the facility has cut its specific energy consumption by 26%, water usage by 30% and reduced specific greenhouse gas (GHG) emissions by 46%. Its reliance on fossil fuel for steam generation has also reduced by more than 90% during the same period. Currently, 48% of the energy used in the facility are from renewable sources. Godrej Industries now aims to achieve carbon neutrality, water neutrality and zero waste to landfill as a group by 2026.

On receiving the honour, Nitin Nabar - Executive Director & President (Chemicals) said, “This is a huge step forward in our quest for sustainable growth. It is the outcome of the team’s strong devotion and hard work. We will continue our efforts towards achieving circular economy objectives through process reengineering, innovation, green chemistry, and clean technologies. We also urge our suppliers to embrace our sustainable procurement policy and improve the ESG performance in their operations to achieve the joint long-term goal of achieving sustainable growth.”

K S Venkatagiri, Executive Director - CII Godrej GBC, added, “The continual, earnest efforts of Godrej Industries Limited, [at] Valia has earned them the GreenCo Platinum certification. With an all-rounded performance ranging from renewable energy to new technology deployment, GIL Valia along with Godrej group aims to achieve carbon neutrality, water neutrality and zero waste to landfill by 2026. We are extremely delighted to welcome Godrej Industries Limited, Valia, into the GreenCo fraternity once again.”

Godrej Industries (Chemicals) is one of the oldest businesses of the Godrej Group, and is in the business of manufacturing oleo chemicals, derivatives and surfactants in India since 1963. Today, it is one of India’s leading oleochemicals players and exports to over 80 countries in North and South America, Asia, Europe, Australia, and Africa, etc

As a part of Godrej Good & Green, it is deeply committed to building a more inclusive and Greener India. In line with this, the company has made sustainability a key part of its manufacturing process and value chain. Its relentless focus on energy conservation has been consistently recognised by several industry bodies such as the Federation of Indian Chambers of Commerce and Industry (FICCI), Indian Chemical Council (ICC) and Confederation of Indian Industry (CII).

Both of the facilities have earned several industry honours and accolades for its Green initiatives.

Posted by editor-manu-sharma at 3:10 PM