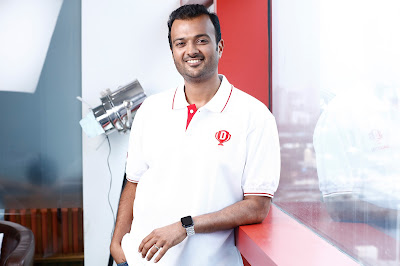 In the last year, the Indian fantasy sports industry has contributed INR. 3000 Cr in FY 20-21 to the sports ecosystem in India, through a multitude of avenues like sponsoring sports teams, leagues, players buying rights, and even supporting the development of sports at a grassroots level. This number is expected to double in the next three years alongside the growth of the industry and its participating user base. Niti Aayog in a recommendation paper launched in Dec 2020, has already pegged India as an ideal candidate to become a global hub for the fast-growing industry of fantasy sports. Additionally, PwC in its report has stated that the online fantasy sports sector in India is expected to be worth USD 3.7 billion by 2024.

Fantasy sports is widely known to share a symbiotic relationship with real life sports. Data from a number of studies suggests that fantasy sports is helping increase engagement in sports, wherein users have an enhanced interest - in watching more live sports matches - that eventually contribute to the commercial growth of leagues and tournaments across various sports. The industry  has also witnessed a growth of sports content platforms serving the sports consumption needs of fantasy sports users who spend time on the internet to gather data and information as a part of their research to help them play better, while creating their virtual teams. These include watching sports matches, reading about sports players, team strengths, weather and ground conditions. Further, the  full potential of the industry is expected to be unlocked through the growth of non-cricket sports such as hockey, kabaddi, football, volleyball and the growing popularity of women sports through fantasy sports platforms.

Speaking at IAMAI’s India Digital Summit 2022, Harsh Jain, CEO and Co-founder of Dream Sports, brought into focus the contribution of Fantasy Sports towards making sports better. He shared that "Fantasy sports is showing that it can become one of the largest contributors to the economy, in terms of engagement, viewership and commercialisation”.

"With fantasy sports, we've seen a drastic increase in the number of Indians participating in tier two and three cricket (tournaments) and sports outside of cricket, like Kabaddi, basketball, hockey, football, handball, and volleyball, Since consumers have a chance to make a team and compete with people, they end up watching matches or parts of matches that they wouldn't otherwise. This changes the engagement completely and leads to a drastic shift in sports engagement and viewership, which also leads to better commercialization of sports”, he added.

Industry leaders and think tanks who analyse this sector are unified in their recommendation that formal recognition of the fantasy sports industry and providing for principle-led governance would enable the Indian fantasy sports operators to focus on innovation, achieve scale and expand their operations in a clear and principle-based regulatory environment. In doing so, they will in turn, join hands in India's mission of ‘AatmaNirbhar Bharat’ by building a sporting culture right from grassroot level and make India a global sports superpower.

Posted by editor-manu-sharma at 3:17 PM