nCORE Games Raises $10 Million Series A Round With Participation From Animoca Brands, Galaxy Interactive And Polygon 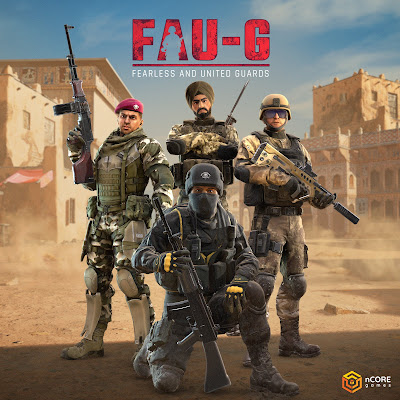 Galaxy Interactive has $650m AUM dedicated to investing in interactive entertainment, and has been one of the most active sector-focused funds in the space since 2018. The fund is well positioned to evaluate opportunities at the intersection of gaming, infrastructure, web3 and open finance. Galaxy Interactive is part of Galaxy Digital, a publicly-listed, diversified merchant bank specializing in digital assets and blockchain technology.

Animoca Brands is a global leader in gamification and blockchain with a large portfolio of over 150 investments in NFT-related companies and decentralized projects that are contributing to building the open metaverse.

Polygon is a protocol and a framework for building and connecting Ethereum-compatible blockchain networks. Aggregating scalable solutions on Ethereum supporting a multi-chain Ethereum ecosystem.

The Indian gaming market is set to explode and nCORE Games’ focus on localised and category-defining interactive media make it well placed to capitalize on the anticipated growth trajectory of the space. The company was co-founded in 2019 by gaming stalwarts Vishal Gondal and Dayanidhi M G. Gondal is a serial entrepreneur whose previous gaming venture, Indiagames, sold to Disney as one of the country’s largest gaming start-up exits, while Dayanidhi has decades of experience in running 100+ games in different genres and scaling up game studios like RockYou and Digital Chocolate. nCORE recently expanded its management team helmed by Kanwaljit Bombra as CEO, Alok Jain as the Head of Finance and Agastya Samat leading business development and legal operations.

nCORE Games has the best gaming talent in the continent for game development, publishing and LiveOps. This includes Dayanidhi M G, Ganesh Hande, Thara Jacob, Arindam Mitra and Manohar Reddy. The company has also made a significant investment in Dot9 Games, a studio run by Deepak Ail, Srinivasan Veeraraghavan, Kaiwan Pervez Yezdani, Prasad Ramdas; all also coming with decades of experience in interactive entertainment. The company has launched successful multiplayer titles like FAU:G, Pro Cricket Mobile, with several other titles planned to launch this year.

The company has plans to expand these titles and more new games into the web3 and play-to-earn sphere. It also has a platform-play through IceSpice, a gaming platform that comprises an underlying virtual currency, e-commerce store, esports layer and publishing house. IceSpice is helmed by Tejraj Parab, another industry veteran who’s last stint was at Reliance Jio heading their living room games vertical (JioFibre). Down the line, the company plans to allow players to sell and buy these assets openly and freely on the IceSpice marketplace.

This additional investment will be used to provide the studios additional financial support to create a metaverse that will run across titles. Gamers stand to benefit from interoperability and true ownership of in-game customization assets.

Yat Siu, the executive chairman and co-founder of Animoca Brands, said: "nCORE Games was started by experienced gaming industry professionals with strong pedigrees. This is one of our most promising investments in India, which has a large gaming market with a massive growth potential. nCORE Games has the right team to leverage blockchain and NFTs in games to deliver digital property rights to players, and we look forward to many successful products as we move toward a global open metaverse."

Sam Englebardt, General Partner at Galaxy Interactive said "The growth of gaming in India  is already undeniable and the market is poised to take another huge leap forward.  We’re thrilled to partner with Vishal, Dayanidi and the entire nCORE team at this thrilling moment in the expansion of India’s gaming ecosystem.”

Kanwaljit Bombra, CEO/President of nCORE Global said "With the establishment of this partnership, we are looking forward to seeing the brightest talent in India collaborate with the stalwarts of the global gaming ecosystem to take nCore to unprecedented levels of success within the Indian gaming industry and beyond."

Dayanidhi MG, CEO of Studio nCORE said “We at nCore have a strong pedigree in the gaming business having built large studios over the last two decades. We take bold steps,  do first of kind games from India, FAU-G being the first step. We are excited to embrace the emerging trends and technologies in the company of global leaders and highly successful funds, companies and veterans to take nCore to the next level with exponential growth.”

Tejraj Parab, CEO of IceSpice said “At IceSpice we are building tools to help game developers keep gaming communities engaged with innovative use of technologies. With the help of global leaders in technology investments, we are set to create new benchmarks in gaming with our Virtual Currencies, NFTs and gaming merchandise for gamers.”

Galaxy Interactive has $650m AUM dedicated to investing in interactive entertainment, and has been one of the most active sector-focused funds in the space since 2018. We are well positioned to evaluate opportunities at the intersection of gaming, infrastructure, web3 and open finance. Galaxy Interactive is part of Galaxy Digital, a publicly-listed, diversified merchant bank specializing in digital assets and blockchain technology.

Animoca Brands, ranked in the Financial Times list of High Growth Companies Asia-Pacific 2021, is a leader in digital entertainment, blockchain, and gamification. It develops and publishes a broad portfolio of products including the REVV token and SAND token; original games including The Sandbox, Crazy Kings, and Crazy Defense Heroes; and products utilizing popular intellectual properties including Formula 1®, Marvel, WWE, Power Rangers, MotoGP™, and Doraemon. The company has multiple subsidiaries, including The Sandbox, Blowfish Studios, Quidd, GAMEE, nWay, Pixowl, Bondly, and Lympo. Animoca Brands has a growing portfolio of more than 100 investments in NFT-related companies and decentralized projects that are contributing to building the open metaverse, including Axie Infinity, OpenSea, Dapper Labs (NBA Top Shot), Bitski, Harmony, Alien Worlds, Star Atlas, and others.

Polygon is a protocol and a framework for building and connecting Ethereum-compatible blockchain networks. Aggregating scalable solutions on Ethereum supporting a multi-chain Ethereum ecosystem.

Posted by editor-manu-sharma at 3:24 PM