IndiaSkills Competition— Raising The Profile And Recognition Of Karnataka’s Youth 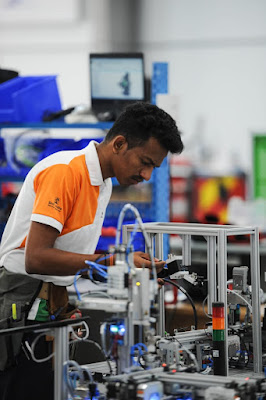 IndiaSkills Competition has been transforming the lives of Karnataka’s youth. The competition is raising the profile and recognition of skilled people and is stressing on how important skills are in achieving economic growth. Skill building is a powerful tool to empower individuals and improve their social acceptance. In the 21st century, it is paramount for students to think beyond grades and acquire real-life skills. Keeping this in mind, National Skill Development Corporation (NSDC) is inspiring young people to develop a passion for skills, helping them access the right opportunities.

IndiaSkills Competition is instilling confidence and making young people proficient in relevant trades in the current business environment, preparing them for future of work. These competitions inculcate a strong sense of pride in the youth and enables them to see the importance of skilling in today’s day and age. The competition is supporting in developing skills through global training standards, benchmarking systems, and is enhancing industry engagement.

The key objective of the competition is to create capacity, including infrastructure, and has a structured approach for preparing the youth of the country for WorldSkills Competition to be held in Shanghai in October 2022 and other international skill competitions.

One of the candidates who benefited from the competition and is helping other candidates to pursue excellence in the current edition of IndiaSkills Competition is Sumanth Santemavathuru Chikkabettiah from Karnataka. Sumanth won a Medallion of Excellence at WorldSkills Kazan 2019 in Mechatronics. Despite all the financial constraints that Sumanth faced, he utilized the power of skills and is working as a Maintenance Member at Toyota Kirloskar Motor, a leading automobile company. His hardwork and his participation in IndiaSkills Competition and WorldSkills Kazan opened a line of opportunities for him which he could have only dreamt of earlier.

Posted by editor-manu-sharma at 4:22 PM