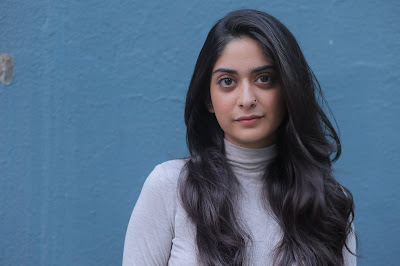 The British Academy of Film and Television Arts (BAFTA) announces the selected participants of the first-ever BAFTA Breakthrough India Initiative, in partnership with Netflix. An esteemed jury of industry experts including Anupam Kher, Monika Shergill, Mira Nair and Siddharth Roy Kapur selected 10 of the most promising talent from the film, games and television industries in India.

BAFTA invited candidates from across the country to apply for its flagship talent initiative ‘BAFTA Breakthrough India’. Due to an overwhelming number of quality applications from the film, games and television industries nationwide, the initiative selected ten emerging Indian talents, double the number previously announced.

The incredibly talented list of BAFTA Breakthrough participants for 2020/21, comprising  the future stars of the film, games and television industries, is as below**:

The participants will receive one-to-one mentoring, global networking opportunities, free access to BAFTA events and screenings for 12 months, and full voting BAFTA membership. They will also connect with and learn from some of the best in the British and Indian creative industries, share their expertise with peers around the world, gain access to opportunities beyond geographical borders, and be promoted as BAFTA Breakthrough artists globally.

Amanda Berry OBE, Chef Executive of BAFTA, said: “We launched Breakthrough in the UK eight years ago and since then have recognised and supported over 160 talented individuals. We have seen previous Breakthroughs thrive in their careers with many going on to become BAFTA-winners and nominees. I am absolutely thrilled that Breakthrough has now been extended to India; congratulations to our participants and welcome to the growing BAFTA Breakthrough family. We are extremely grateful to Netflix for supporting the global expansion of Breakthrough, they share our vision to celebrate emerging talent from different backgrounds and cultures. We have an ongoing commitment to support future Breakthrough talent but we are also mindful of the current situation in India due to the pandemic, so whilst we will fully support the Breakthrough participants announced today we have decided to delay the opening of the next round of applications.”

A R Rahman, BAFTA Breakthrough India Ambassador and Jury Chair, said: “The quality of outstanding applications from across the film, games, and television industries was overwhelming, compelling the jury to select ten deserving Indian talents as part of the Breakthrough initiative this year, rather than five as originally planned. This itself serves as a huge testament to the level of creative talent India has to offer. As our country faces unprecedented times, we are hopeful to launch yet another cohort very soon, as we do believe that this program offers an opportunity of a lifetime for Indian talent and I look forward to seeing the new opportunities Breakthrough can bring for them in the years to come.”

Monika Shergill, VP, Content, Netflix India, said: “India is one of the world’s great centres of storytelling. Despite these tough times, it was incredible to see such amazing Indian talent apply across genres. It served as a reminder of the tremendous opportunities for new talent, fresh voices, and untold stories that can travel nationwide and around the world. Congratulations to the ten brilliant BAFTA Breakthrough participants. They represent the finest of the Indian creative community and I look forward to the paths they blaze ahead.”

Posted by editor-manu-sharma at 12:08 PM