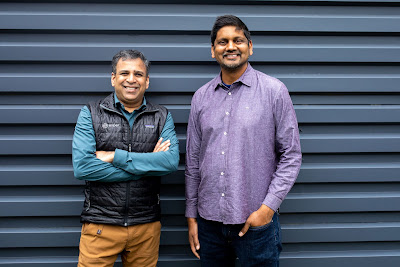 With the number of Internet of Things (IoT) connected devices projected to increase from 14 billion units in 2021 to 31 billion units in 2025, companies are learning how best to scale their core business applications. But with thousands of device manufacturers on Android alone, achieving scale brings significant challenges. Esper’s platform helps companies securely streamline deployment and management for distributed fleets of Android edge devices, creating positive user experiences that can rapidly scale.

“Android is the most widely-used operating system in APAC. Enterprises require the right set of tools and processes to scale their edge device deployment and provide quality mobile experiences for their customers,” said Shiv Sundar, COO and Co-founder at Esper. “Esper’s Android DevOps platform powers mission-critical device deployment for Logistics, Retail, and Education customers in India and U.S. markets.”

In 2020, the company saw significant customer growth, across a number of industries, including Teach For India, Ordermark, Spire Health, Intelity turning to Esper to bring them to market faster as the demand for seamless digital experiences spiked. At year-end, the number of devices running on Esper grew 15x, with 70x year-over-year revenue growth. With the new funding, Esper plans to continue to build out its product portfolio and expand its infrastructure platform to support even larger workloads. Additionally, Esper plans to expand its team in India and the US and be hiring for engineering in cloud, Android, and full-stack, in addition to product and program management, user experience, marketing, and sales.

“The world of edge devices is growing daily - from the ubiquitous tablets in retail, restaurants and warehouses, to fitness equipment and kiosks. All these devices need provisioning, scaled deployments, and frequent and remote updates,” said Andy Vitus, partner at Scale Venture Partners. “Esper is the DevOps infrastructure for the millions of fleets of devices out there in the hands of non-IT staff users - consumers, restaurant workers, shoppers, and more. We led their Series B because we see similarities to other DevOps companies and Esper has already established themselves as the leader in the exploding need for Device DevOps.”

A pioneer of the DevOps revolution, Esper CEO and Co-Founder Yadhu Gopalan designed back-end solutions for Amazon’s FireOS, AWS cloud services, and led systems engineering for Amazon Go. Over time, he saw an opportunity to bring the “DevOps mindset” to the world of intelligent edge devices. Seeing firsthand how much of a critical role modern infrastructure played in the success of cloud services, he applied similar tools and concepts to power the connected future for Android devices, founding Esper in 2018 with Shiv Sundar. Sundar, COO of Esper, previously led Android ecosystem teams at Samsung, Huawei and Cyanogen.

“Just as AWS rapidly accelerated the time to bring a web application to market, Esper gives developers and engineers the platform to bring their dedicated devices and associated apps to market exponentially faster,” said Yadhu Gopalan, CEO and co-founder of Esper. “Regardless of your hardware choices or roadmap, Esper presents the infrastructure as a single pane of glass. We innovate for you on the infrastructure level, so you can innovate at the application level.”

Esper offers a DevOps SaaS platform for intelligent edge devices. As the industry’s leading solution for Android DevOps, Esper is on a mission to let software teams ship without worrying about the hardware. Esper’s device infrastructure enables developers, mid-market organizations, and enterprise fleets of 100,000+ devices to deliver their software as a service. Esper operates out of Bengaluru and Seattle and has rapidly-growing global customer adoption among some of the world’s most innovative major brands in retail, hospitality, logistics, healthcare, education and more.

Posted by editor-manu-sharma at 6:58 PM