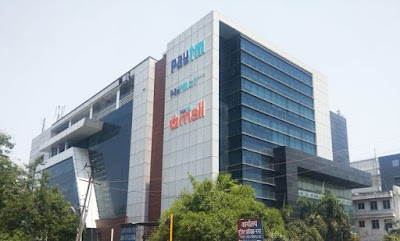 - Registers the lowest technical decline rate of 0.01% both for beneficiary & remitter transactions

- Rapidly gains traction as the remitter bank with 164.47 million transactions

India’s home-grown Paytm Payments Bank Ltd (PPBL) today announced that it has continued to lead as the largest UPI beneficiary bank ahead of all other banks in the country. According to the latest report by the National Payments Corporation of India (NPCI), PPBL has registered 430.04 million transactions in the month of April 2021 as a beneficiary bank. No other beneficiary bank has been able to cross the milestone of 400 million monthly transactions. It is also rapidly gaining traction as a remitter bank and registered 164.47 million transactions in the same month.

All other banks rely on third-party apps to drive the UPI transactions and have a much higher technical decline rate of around 1%. PPBL is the only bank in the country that organically drives UPI transactions from Paytm's ecosystem and is the largest enabler of digital payments in the country driven by merchant payments & increased adoption across small cities and towns. Both customers and Merchants are increasingly preferring to use Paytm Payments Bank for sending and receiving money via UPI, given its superior in-house technology that ensures the fastest payments and highest success rates.

Satish Gupta, MD & CEO of Paytm Payments Bank Ltd said, "We are humbled by the trust our users have shown in our service making us the largest beneficiary bank in the country yet again. UPI payments are an integral part of PPBL's ecosystem and we have built one of the finest technology infrastructures to facilitate such transactions. During this ongoing pandemic, we are doing everything possible to help our account holders get access to all banking services digitally and seamlessly so that they do not have to step out for any banking-related activities. Our performance as highlighted in the latest NPCI report is a testament to the trusted & long-lasting relationship that we have with our partners.”

PPBL has also become the top enabler of digital payments in the country by registering over 975 million digital transactions in the month of March 2021. This achievement has been led by the growth in transactions on Paytm Wallet, Paytm FASTag, Paytm UPI, and internet banking over the last several quarters. It has also achieved an all-time high monthly target by opening over 1 million new savings & current accounts that have helped in propelling the total number of bank accounts to 64 million.

Posted by editor-manu-sharma at 5:43 PM