Meitra Hospital Revamps Its Brand Identity To Cheer Up The World 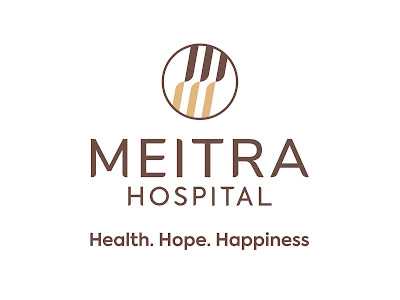 Meitra Hospital revamps its brand identity & spirit with the promise of Health. Hope. Happiness; to cheer up the world. The campaign tries to strengthen the hopes of people and bring back the lost smiles of a pandemic stricken world, by celebrating happiness in the everyday moments of life.

Meitra Hospital, a tertiary care hospital from Calicut, Kerala; launches its new identity along with a host of initiatives under the Meitra Care Network, as an ode to times that have not just challenged the world but have strengthened the human spirit& brought people together for a common cause.

“The year that went by, was a mixed bag of a whole lot of emotions, questions & expectations. And everyone was looking at healthcare, hospitals, health workers across the world for a sign of reassurance. Each and everyone associated with healthcare has worked tirelessly, selflessly to bring everyone back from the agonies that one microorganism has caused to the world in the last one year. As an advanced tertiary care hospital brand in Kerala that touches millions of lives each year; it was our fundamental duty to inspire people to not give up on hope. It was our duty to remind people that happiness still waits for them in the smallest of the everyday moments of life. All they need to do is start looking for it. The purpose of the film was to bring a feeling of positivity, raise the sinking spirits and change the mood. This thinking gave rise to a whole new spirit for the hospital – Health. Hope. Happiness, and we decided to change our avatar & get more aggressive in what we do best. We knew that to pull the together, we need to push ourselves harder. And so, Meitra Hospital plans to launch an array of people initiatives under the Meitra Care Network; that will serve the people of Kerala by bringing together like-minded healthcare providers, professionals, technologies; that can work towards delivering advanced healthcare to each and everyone alike.”, said Omair Siddiqui; Lead, Brand Strategy, Meitra Hospital.

The brand’s new foundations &film has been conceptualised & written by Omair Siddiqui. Creative Monkeys, Meitra Hospital’s creative & digital partner has led the execution of the concept & turned it into an integrated campaign with presence on Outdoor, FM & Press, led by social media & digital engagement platforms. The new brand identity was conceived by Whyletz, a brand-forward identity agency based out of Kochi. The film has been directed by Senthil C Rajan, well known in the Kerala Ad Film industry along with 10 MB Stories who produced the commercial.

“Seldom do we see a hospital brand that reaches out to people, only to bring a smile on their faces. The vision of Meitra Hospital, & their unconventional approach to brand building is what any creative partner would want from a brand to work with.”, says Priyanka K V; Chief Brand Officer, Creative Monkeys.

“Health. Hope. Happiness; is a powerful thought & sums up the brand’s essence with simplicity & craft. It has been amazing being a part of the brand’s transformational journey. Team Whyletz has done a beautiful job of defining the brand’s identity extensively, something that we do not see happening very often in Kerala. Kudos to that.” said Sijo Michal John, Chief Creative Officer, Creative Monkeys

The campaign is just 1 month old, however has garnered a whole lot of attention & love on social media. Both English & Malayalam versions have been collectively viewed close to 9 Million times on Facebook & YouTube, and the engagement is only growing.

Posted by editor-manu-sharma at 9:24 AM