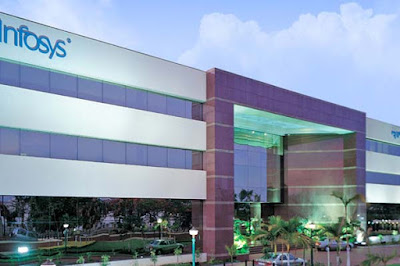 After a $500 million deal from the Global search giant Google is really its remarkable and once again brought the limelight back on Infosys, strengthening the belief that large deal momentum continues to be strong for this Indian IT bellwether, which could translate into a windfall for its shareholders. The deal from Google to provide customer experience and engineering support for its product. In FY2021, Infosys has bagged deals worth $12 billion as against $9 billion in FY20. Out of the deals signed in the nine months to FY21, net new large deals stood at $8 billion.

Varun Ahuja and Krati Sankhlecha, research analysts at Credit Suisse, note that the deal with Google has strengthened the company's positioning in the technology vertical which has been one of the fastest-growing segments for the company over the past 12-24 months.

We believe the pace of deal signings would remain strong in the coming quarters, as it has been reaping benefits from accelerated investments on enhancing capabilities, sales transformation initiatives, and increased focus on large deals over the past three years," say analysts at Sharekhan in a note.

Covid-19 acted as a fortune for most of the IT companies including Infosys for accelerating the demand for digital and cloud transformation across industries in CY2020. The company’s digital revenue has reported a 7.6 per cent CQGR since Q1FY2018, and its contribution stood at 50.1 per cent in Q3FY2021.

The leadership in Infosys expects there will be higher spending on Cloud-related technologies by clients to drive the growth in FY2022E. And to tap into this opportunity, the company had launched Infosys Cobalt in August 2020.

In FY2021, Infosys has bagged deals worth $12 billion as against $9 billion in FY20. Out of the deals signed in the nine months to FY21, net new large deals stood at $8 billion..

Posted by editor-manu-sharma at 2:42 PM