Tandav will Premiere on Amazon Prime Video Starting January 15, 2021 in Over 200 Countries 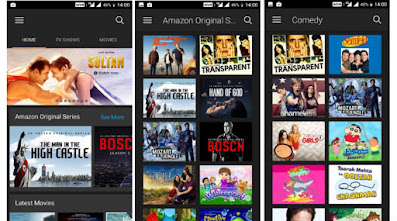 Following a fabulous content line up for 2020, Amazon Prime Video is all set to step into 2021 with a riveting political drama, Amazon Original Series Tandav. Tandav is created and directed by Ali Abbas Zafar who also makes his digital debut with this series. Produced by Himanshu Kishan Mehra and Ali Abbas Zafar, the 9-episode political drama features a strong  ensemble cast including Saif Ali Khan, Dimple Kapadia, Sunil Grover, Tigmanshu Dhulia, Dino Morea Kumud Mishra, Gauahar Khan, Amyra Dastur, Mohd. Zeeshan Ayyub , Kritika Kamra, Sarah Jane Dias, Sandhya Mridul, Annup Sonii, Hitten Ttejwani, Paresh Pahuja and Shonali Nagrani among others. Set in the capital city of the world’s largest democracy, Tandav, the series will take viewers inside the closed, chaotic corridors of power and uncover the manipulations, charades as well as the dark secrets of people who will go to any lengths in pursuit of power. Along side Ali Abbas Zafar, Tandav is also the digital debut of Dimple Kapadia and presents actors Saif Ali Khan, Zeeshan Ayyub and Sunil Grover in never before seen avatars. Tandav will premiere on January 15, 2021 and will be available for Prime members in India and in more than 200 countries and territories.

Aparna Purohit, Head of India Originals, Amazon Prime Video said, “As we usher in 2021, we are delighted to present our first political drama, Tandav, a lush exploration of power that highlights how far people are willing go in pursuit of power. With Ali Abbas Zafar steering the ship and an outstanding cast led by Saif, Dimple, Sunil and Zeeshan, who will be seen in truly unique avatars, we are confident that this series will resonate with everyone seeking content that is both entertaining and intriguing.”

Talking about the theme of the show, Creator, Director and Producer Ali Abbas Zafar said, “Through Tandav, we take audiences into the power-hungry world of politics. As you watch the show, you’ll realize that there is no right or wrong, there is no black or white; world of power is about the world of greys.  I believe that content must be backed by credible performances and I am fortunate to have such heavy weights in the show. I’m excited that my debut as a creator-director in the digital domain is with Amazon Prime Video which will take this intriguing and gripping story of Tandav to millions andav will join thousands of TV shows and movies from Hollywood and Bollywood in the Prime Video catalog. These include Indian films such as Coolie No. 1, Gulabo Sitabo, Shakuntala Devi, Ponmagal Vandhal, French Biriyani, Law, Sufiyum Sujatayum, V, CU Soon, Soorarai Pottru, Bheema Sena Nala Maharaja among others, Indian-produced Amazon Original series like Breathe: Into The Shadows, Bandish Bandits, Paatal Lok, The Forgotten Army – Azaadi Ke Liye, Four More Shots Please, The Family Man, Made In Heaven Mirzapur and Inside Edge and the award-winning and critically acclaimed global Amazon Originals like Borat: Subsequent Moviefilm, Tom Clancy's Jack Ryan, The Boys, Hunters, Fleabag, and The Marvelous Mrs. Maisel. All this is available at no extra cost for Amazon Prime members. The service includes titles in Hindi, Marathi, Gujarati, Tamil, Telugu, Kannada, Malayalam, Punjabi, and Bengali.

Prime Video is available in India to Prime members for just ₹999 annually or ₹129 monthly, new customers can find out more at www.amazon.in/prime and subscribe to a free 30-day trial.